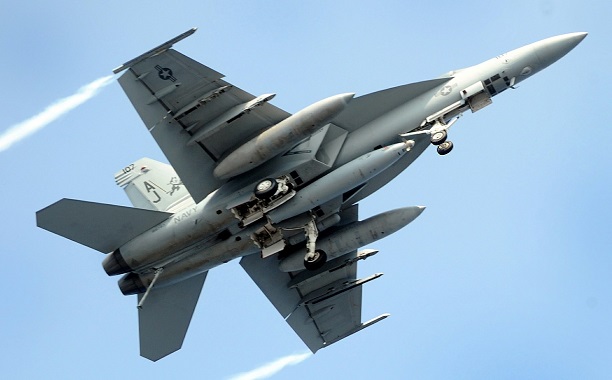 This weekend, the U.S.-led coalition hammered Syria and Iraq with 38 airstrikes, focusing on the area of Raqqa, Syria — an ISIS stronghold. The 38 airstrikes pummeled the Middle Eastern countries over a 24 hour period which commenced on Saturday and continued through Sunday while many Americans were busy celebrating Independence Day.

Speaking with Voice of America, a spokesperson for the coalition, which is named Operation Inherent Resolve, proclaimed that the strikes were “one of the largest deliberate engagements” which the coalition has “conducted to date in Syria.” The strikes intended to thwart ISIS’s ability to move from Syria into Iraq. The commotion has already piqued the interest of nearby Turkey who has reported that they will retaliate if matters spill over.

Raqqa was declared an ISIS monopoly in 2014 and is considered the de facto capital of the ISIS movement. The strikes have claimed the lives of at least 10 people and wounded considerably more with buildings, bridges and vehicles also destroyed. The BBC reports that 23 members of ISIS were killed during the strikes and 6 civilians were caught up in the crossfire when a Raqqa school was hit by a drone strike.

According to BBC, the US military indicates that the airstrikes are amongst the biggest assaults to hit Syria thus far. Many have expressed concern regarding the coalition’s strategies including Bob Corker, chairman of the Senate Foreign Relations Committee, who declared that President Obama’s “strategy is really one of containment in Syria and Iraq” and that he doesn’t see any new improvements.

We’re still having issues with the train-and-equip program (of Syrian rebels). So, I don’t really look at this as a new stage. The president’s strategy is really one of containment in Syria and in Iraq, and I really don’t see new developments. I’m not aware of any developments that would cause us to think this is a new stage in the effort.

According to news outlet Al Jazeera, the people of Raqqa are struggling under ISIS rule and Syria is building strong opposition to ISIS fanatics.

U.S. State Department spokesman John Kirby referred to the problem as a “complex” one which is “going to require contributions and support from many coalition partners.”

It’s a complex problem. It’s going to require contributions and support from many coalition partners. And, we’ve talked about that many, many times that this has got to be, it can’t, it’s not just a Turkey problem and not just a problem from the other border in Iraq, but it’s a coalition issue, it’s an international problem.

In March, ISIS accepted a loyalty pledge from Boko Haram, a Nigerian-based Islamic Militant group intensifying support for the movement. An anti-ISIS network based in Raqqa named “Raqqa is being silently slaughtered” reports that the strikes destroyed 7 bridges which were used by both ISIS as well as civilians alike.