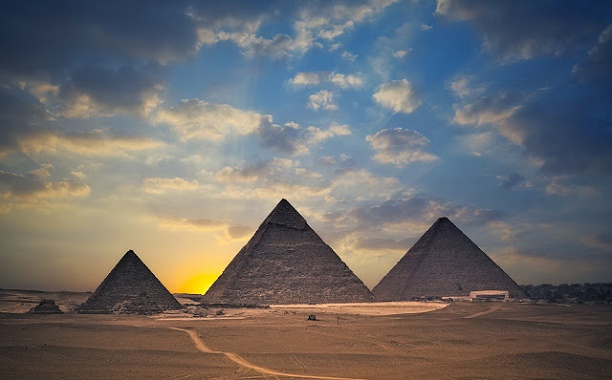 Researchers have discovered millions of mummified dogs laid to rest in the catacombs next to an ancient Egyptian temple built for Anubis, the jackal-headed god of death, according to a new study.

The researchers, whose findings were reported in Live Science, believe that the mummified canine remains, consistent of both puppies as well as adult dogs, were once held in Egypt’s ancient capital of Memphis — the country’s capital during the Old Kingdom.

In total, the archaeologists behind the study have estimated nearly 8 million mummified canines to have been laid to rest in the ancient catacomb, which is located within the Saqqara burial ground.

The study’s lead researcher, Paul Nicholson, a professor of archaeology at Cardiff University, was quoted by NBC News as having said that there was once a “permanent community of people living there supported by the animal cults.”

It would have been a busy place (…) A permanent community of people living there supported by the animal cults.

In regards to whether the mass burial was a sacrifice or some other act of the occult, Nicholson explained that the animals were mummified as part of “a religious act that’s done for the best possible motive.” He went on to explain that in doing so, he believes participants could have been “hoping that the animal” would help someone in their family who recently died, as the dog might interact with Anubis in the afterlife, causing the ancient Egyptian god to take favorably to that dead relative, CNN reported.

The important thing was to provide a representation of the god with a fitting burial (…) It’s not some sort of blood sacrifice. It’s a religious act that’s done for the best possible motive (…) Maybe you’re hoping that the animal will help someone in your family who has died recently (so that) Anubis will take care of that (relative).

In other news, researchers at Drents Museum discovered a 1,000-year-old mummy, resting in the lotus position, inside of an ancient Buddha statue.