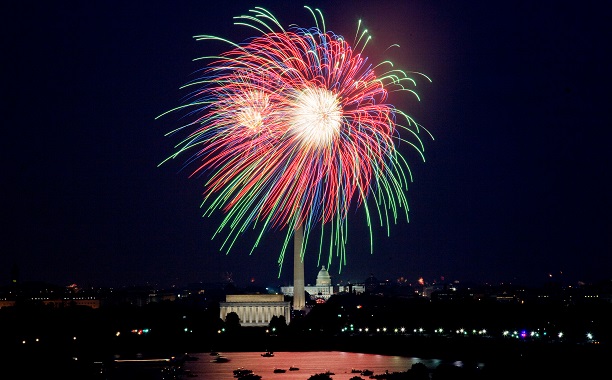 With the Fourth of July coming up in just a matter of days, reports are warning of the potentially negative impact fireworks can have on some combat veterans, as they may be stressful for those suffering from post-traumatic stress disorder, or what is more commonly referred to as PTSD.

So while Independence Day — a federally recognized holiday in the United States commemorating the adoption of the Declaration of Independence and the declaration of independence from Great Britain — is a great time to get together friends and family, light up the night sky with vibrant displays of color, enjoy picnics, barbecues, baseball games and the like, it’s also a time when all of us should take into consideration those who fought for our country.

According to the U.S. Department of Veteran Affairs, anywhere from 11 to 20 percent of military members who served in either Iraq or Afghanistan suffer from PTSD within a given year.

In regards to how some veterans cope with the potentially PTSD-episode inducing combustibles that are pyrotechnics, Shawn Gourley with the non-profit Military with PTSD was quoted by the Washington Post as having said that some simply “go camping” while others put on “heavy-duty headphones” to escape the racket.

Some go camping to get away from the city and the fireworks (…) Others just put some heavy-duty headphones on.

Gourley, a Navy spouse, is the co-founder of the non-profit group Military with PTSD. The Indiana-based organization started out back in 2010 as a Facebook page which received its non-profit status within the past year.

In other news, MDMA therapy could be used to treat autism as well as PTSD.