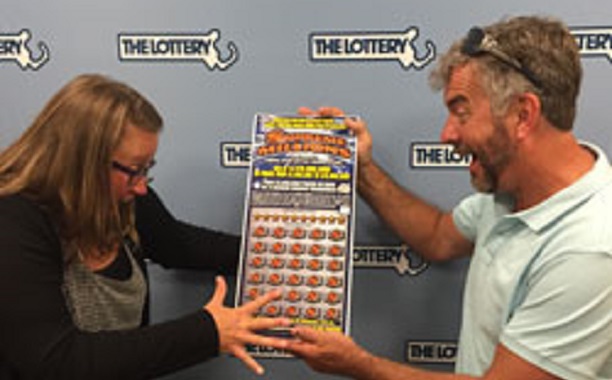 Newlyweds in Massachusetts received a memorable wedding gift when they won $15 million on an instant scratch-ticket in the Massachusetts State Lottery.

The couple, Stacy and David Foster, picked up the winning $30 Supreme Millions ticket at a store on Route 6 in Eastham on Saturday, The Associated Press reported via MSN. The newlyweds were joined in matrimony on May 1, 2015.

As a result of selling the winning lotto ticket, the store on Route 6 will receive $50,000.

Stacy Foster chose the one-time payment option as she claimed her multimillion dollar prize on Monday — which, after taxes, totaled $9,750,000.

The family claims to have a plan which entails buying a house, paying off student loans and purchasing a truck, WCVB-TV reported.

According to WCVB-TV, the couple asked for a $30 Supreme Millions ticket which was tucked away inside of a machine behind a different register. The clerk indicated that the register was closed and they would need to choose a ticket behind an active one because all ticket sales are tracked separately. As luck would have it, that’s how she ended up with her winning ticket.

In other news, a man in Detroit was found stabbed to death in what police have ruled a homicide after the man reportedly won roughly $20,000 in a lottery game. Unrelated, a convicted sex offender who won $30 million in the Florida State Lottery back in December is now being sued by two of his alleged victims.

Back in February, three winning tickets were sold in a $564 million Powerball jackpot, one of which was in Puerto Rico.

What’s the first thing you would do with $9.75 million?