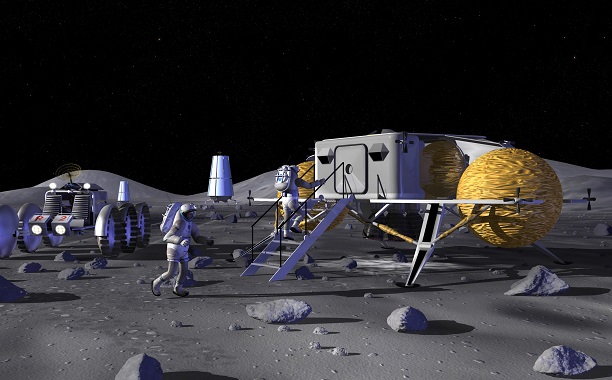 The National Aeronautics and Space Administration (NASA) is launching a $2.25 million dollar competition intended to encourage out-of-the-box thinkers to design and build a 3D printed habitat for deep space exploration.

The multi-phase competition, which is part of the agency’s Centennial Challenges program, is called the 3-D Printed Habitat Challenge and it’s designed to advance the technology required to build “sustainable housing solutions for Earth” as well as outer space, according to a May 16 press release issued by the agency.

The intent is for designers to conjure 3D-printable housing schematics which would take advantage of indigenous materials and what would otherwise be wasted material from the spacecraft in order to save valuable cargo space for other life-sustaining provisions.

The future possibilities for 3-D printing are inspiring, and the technology is extremely important to deep space exploration (…) This challenge definitely raises the bar from what we are currently capable of, and we are excited to see what the maker community does with it.

Phase one of the competition, which was announced on Saturday at the Bay Area Maker Faire in San Mateo, California, is scheduled to run through September 27, 2015. The phase entails the development of architectural concepts which take advantage of the unique capabilities offered exclusively by 3D printing technology.

The top 30 submissions will be judged and then a phase one prize purse of $50,000 will be awarded at the 2015 World Maker Faire in New York.

In phase two, the competition will divide into two levels. Level one, known as the Structural Member Competition, will focus on the fabrication of technology deemed necessary to the manufacturing of structural components derived from a combination of recyclables and indigenous materials, or just the latter by itself.

The other level, level two, which is known as the On-Site Habitat Competition, focuses on the fabrication of full-scale habitats which employ the aforementioned combination of materials.

Levels one and two open for registration on September 26, 2015. Each level carries a $1.1 million prize.

In other space exploration coverage here at Immortal News, NASA believes humans will reach Mars in the 2030s.