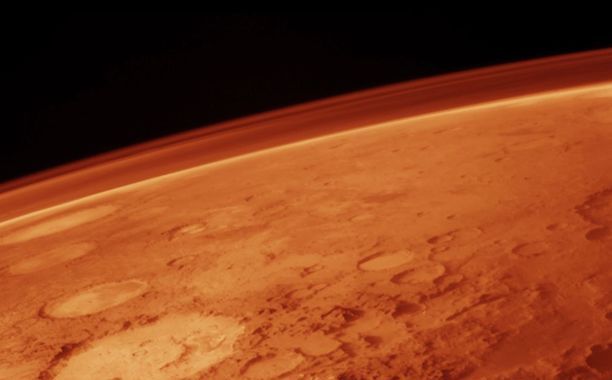 Given sufficient funding and technological advances in space travel, the first humans could land on the Red Planet’s tiny moon Phobos by 2033 and on the Martian surface by 2039, according to NASA.

The scientists from NASA have stated that they cannot count on another “John F. Kennedy moment”, which was a 1961 call by the president to land people on the moon, which boosted its budget, reaching 4.5 percent share of federal budget during the peak of the Apollo years. Now it’s less than 0.5 percent and NASA wants to take things slowly by envisioning multiple missions that will ensure safe landing on Phobos by 2033, and after that on Mars, according to Space.com.

The pioneering exploration of Martian surface is already underway, according to the Voice of America News. The Mars rovers Curiosity and Opportunity are roaming across Martian surface sending valuable photos and information back to Earth. Recent data acquired by the rovers show that the planet could have supported microbial life in the past.

According to a study conducted by a team of scientist led by NASA’s Geronimo Villanueava of the Goddard Space Flight Center, Mars had an ocean covering 19 percent of its surface 4 billion years ago.

Landing on Mars isn’t just a pipe dream. It’s achievable. Mars matters to humanity and the pursuit of human progress. (…) NASA will launch ExoMars orbiter designed to circle the Red Planet next year, and there are plans to launch another Mars rover in 2018. Robots are great for preliminary data and preparation, but we need humans on the Martian surface.

Landing on Phobos will rely on NASA technology already under development, such as Space Launch System (SLS) megarocket and Orion crew capsule, leaving out newer technologies such as nuclear thermal propulsion.

“Keeping the cost of manned Mars exploration low could be done by treating Mars exploration as a network of missions with linked objectives,” said Oliver de Weck, an aeronautics and astronautics professor at the Massachusetts Institute of Technology. “Using Mars water, hydrogen and methane could cut the initial mass sent to low-Earth orbit for a Mars mission by 48 percent,” he added.