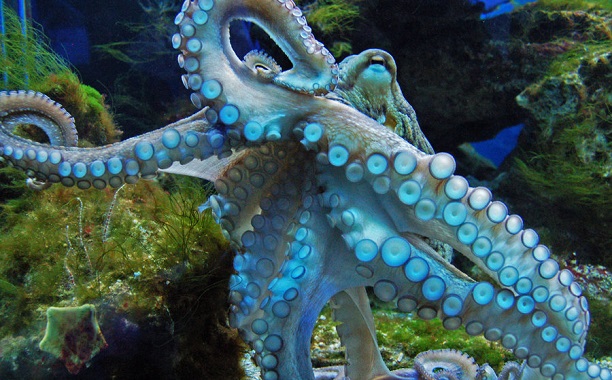 Researchers behind a new study which examined the movements of the octopuses as they crawled around water-filled tanks have found that the cephalopods lack detectable rhythm in their movements.

In the study, which was published Thursday in the journal Current Biology, researchers analyzed hours of octopus videos, frame by frame, and eventually determined that the creatures exhibit no detectable rhythm in their movements.

Then again, the study’s lead author and postdoctoral researcher of neurobiology at the Hebrew University of Jerusalem, Guy Levy, told Live Science that there’s either “no pattern, or it’s too complicated to identify with the techniques” employed by the researchers.

While the researchers were unable to identify a rhythm in the movements of all eight-arms, they did notice patterns within the movements of individual arms, as they noticed that the arms shortened and elongated in order to generate thrust.

With a few noteworthy exceptions such as the crab, which moves sideways, most bilateral-symmetric animals move in the direction in they’re facing. But as it turns out, octopuses are capable of crawling in any direction relative to the orientation of their body.

In an attempt to explain their quick movements, Levy indicated that their “locomotory abilities evolved to be much faster than those of typical molluscs, probably to compensate for the lack of shell.”

During evolution, octopuses lost their heavy protective shells and became more maneuverable on the one hand, but also more vulnerable on the other hand […] Their locomotory abilities evolved to be much faster than those of typical molluscs, probably to compensate for the lack of shell.

In unrelated octopi coverage here on Immortal News, a giant octopus was caught on video either attempting to escape from his home at the Seattle Aquarium, or simply exploring his new environment.