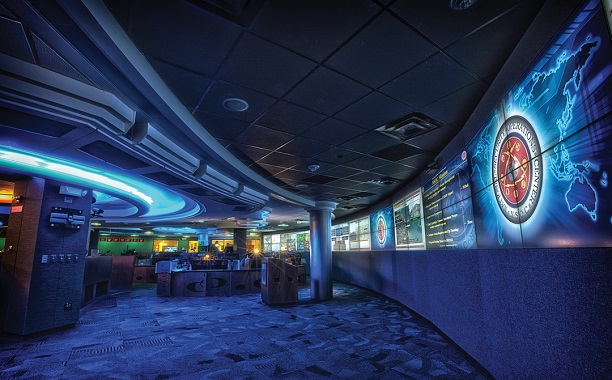 The identities of the two male suspects dressed as women who reportedly drove an SUV, which had been reported stolen, through a security barrier at Fort Meade have been released by the Federal Bureau of Investigation (FBI).

National Security Agency police officers opened fire on the stolen car after it attempted to breach the gate. One suspect died while the other was injured and subsequently transported to a hospital.

An NSA police officer was treated for minor injuries and released from the hospital.

The suspect who died at the scene of the incident has been identified by the FBI as 27-year-old Ricky Shawatza Hall, who CBS Baltimore indicated to have gone by the name Maya in a report published earlier today which quoted Maya’s friend Ah’Tourai Stevens as having said that “she’s in a better place and I just pray for her soul”.

I only have known Maya for about two years now and she was a part of my family […] I say she’s in a better place and I just pray for her soul because at the end of the day, we have to set examples for our community

Hall was the driver of the stolen sports utility vehicle in which authorities allege to have found cocaine following the incident.

The passenger was identified as Kevin Fleming.

Early Monday morning, the pair, Fleming and Hall, were picked up along North Charles Street by a 60-year-old man in a Ford Escape. The suspects were, according to CBS Baltimore‘s sources, up all night drinking alcohol and using drugs.

According to the Police, the pair stole the Ford Escape while the unidentified 60-year-old man was in the bathroom and then made what may have been a wrong turn onto the exit for the National Security Agency where they smashed through a security barrier and rammed an NSA police vehicle blocking the path. At which point, guards at the NSA headquarters opened fire.

While the FBI is still trying to piece together the events which led to the deadly incident, law enforcement officials have indicated that it doesn’t appear to have been a deliberate attempt to breach the NSA headquarters at Fort Meade.

FBI spokeswoman Amy Thoreson was quoted by the Associated Press in a report published on the Akron Beacon Journal as having said that the two men were dressed as women, but “not in an attempt to disguise” their appearance from authorities.

In a recently published Daily Mail report, Maya was described as a transgender woman who was not only a homeless prostitute, but also facing prison time at the time of her death. The report also indicates that her friend, 20-year-old Kevin, was on probation for stealing a tip jar at the time of the incident.

How do you think Fleming and Hall ended up at the NSA headquarters?