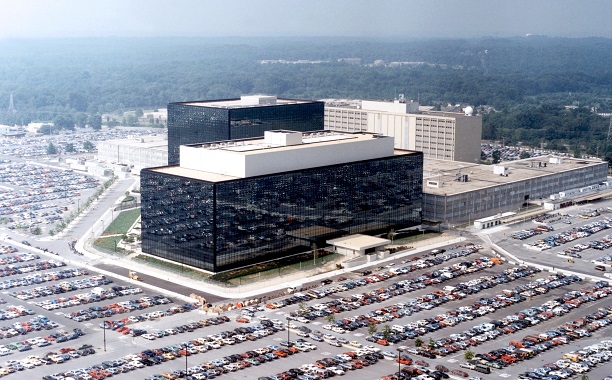 One suspect has died after a couple of men dressed as women disregarded commands to turn around and decided to instead smash the stolen vehicle they were driving into a police vehicle which was blocking the road near the entrance to the NSA’s facility at Fort Meade, causing police to open fire, the National Security Agency indicated in a news release on Monday.

Authorities are investigating a possible drug connection after cocaine was discovered in the vehicle.

The other suspect and an NSA police officer were both transported to a hospital, according to a Chron report, which also indicated that initial images from the scene showed emergency personnel loading the uniformed officer into an ambulance prior to being transported to the hospital.

The NSA news release indicated that investigators had not yet determined how the man in the vehicle died. The condition of the men transported to the hospital was not disclosed.

A senior defense official speaking on condition of anonymity as they were unauthorized to discuss the ongoing investigation indicated that the men were dressed as women.

NSA director of strategic communications Jonathan Freed was quoted by CNN as having said in a statement that the vehicle containing the two men “attempted an unauthorized entry at a National Security Agency gate”.

Shortly before 9:00 AM today, a vehicle containing two individuals attempted an unauthorized entry at a National Security Agency gate […] The driver failed to obey an NSA Police officer’s routine instructions for safely exiting the secure campus. The vehicle failed to stop and barriers were deployed.

Investigators are trying to determine whether the two men were under the influence of drugs following a night of partying, according to CNN who cited a federal law enforcement official, as a man reported his car had been stolen from a hotel not far away from the NSA headquarters. The man indicated that he had been with two men who had taken his car and the Howard County Police Department confirmed that a Ford Escape had been reported stolen in Howard County, Maryland, and it is indeed the same vehicle which was involved in the incident.

USA Today indicated in a report published Monday that the vehicle which rammed one of the agency’s police vehicles after refusing to stop was a Sports Utility Vehicle — commonly referred to as an SUV.

In addition to being the headquarters for the NSA, Fort Meade where the incident took place is also home to 95 units from all branches of the armed forces and offices which report to several Department of Defense (DoD) agencies.

The USA Today report indicated that the post’s garrison commander, Col. Brian Foley, had indicated in a statement that the dead suspect died during the firefight which erupted after the vehicle attempted to breach the gate.