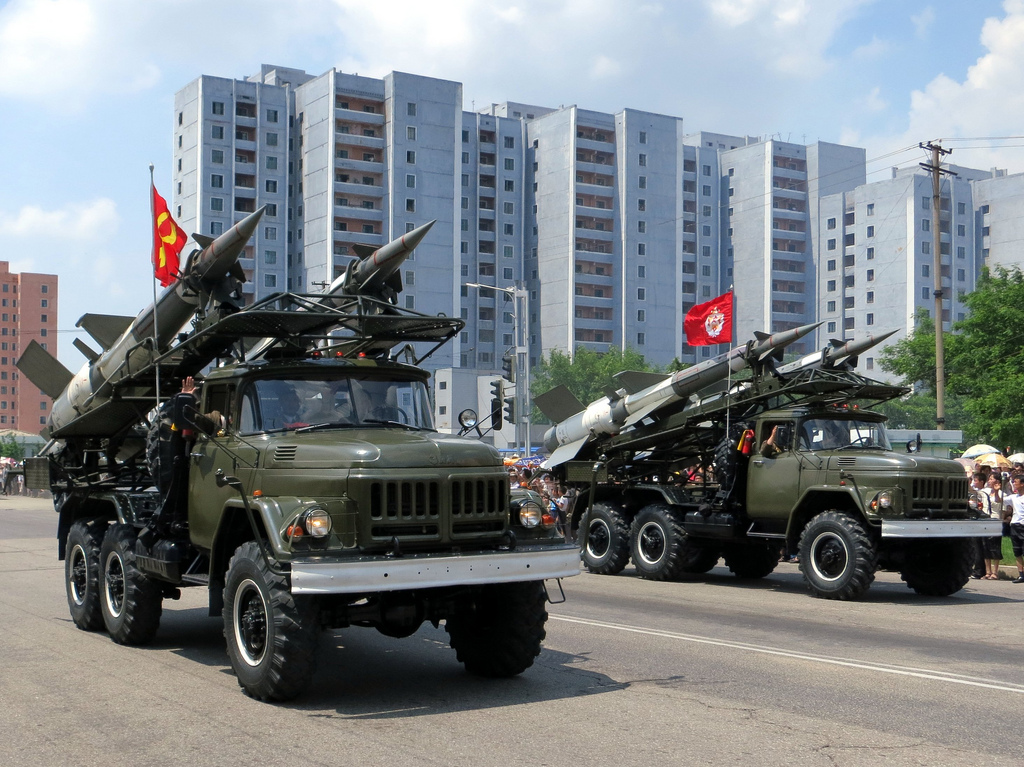 Just as the United States and South Korea finished up the first of two large-scale military exercises on Friday, North Korea test-fired a total of seven surface-to-air missiles (SAMs) off its east coast on Thursday while the country’s leader, Kim Jong-Un, observed the weapons test, according to the South Korean military.

An official with the South Korean defense ministry was quoted in a Reuters report as having said that the country, which has maintained relations with the U.S. since the modern state of South Korea was established in 1950, believes the North “test-fired different kinds of surface-to-air missiles” and that the one with the longest range was capable of traveling roughly 125 miles.

We believe they test-fired different kinds of surface-to-air missiles and the longest range is about 200 km […] It appears Kim Jong Un observed the firing.

The missile tests prompted the Pentagon to urge Pyongyang to cease provocative actions which seek to undermine stability in the region by aggravating tensions and instead of fulfilling their legal obligations to the international community, namely: feeding their people.

Back in February, reports surfaced indicating that the supreme leader had executed General Pyon In Son, head of army operations, after the general had expressed a difference of opinion with him.

Earlier this month, the rogue nation test-fired 2 short-range ballistic missiles into the East Sea/Sea of Japan with the first missile having been fired at around 4:30 p.m. EST. The two missiles were fired from a region near Nampo City, which is about 37 miles outside of Pyongyang.

EDITOR’s NOTE: This news entry was edited on 3/25/2015 to reflect a change of text from “Sea of Japan” to “East Sea/Sea of Japan” in light of a correction request from the Korean Culture and Information Service’s Foreign Media Relations Division which points out that the body of water has been referred to as the “East Sea” for more than 2,000 years.