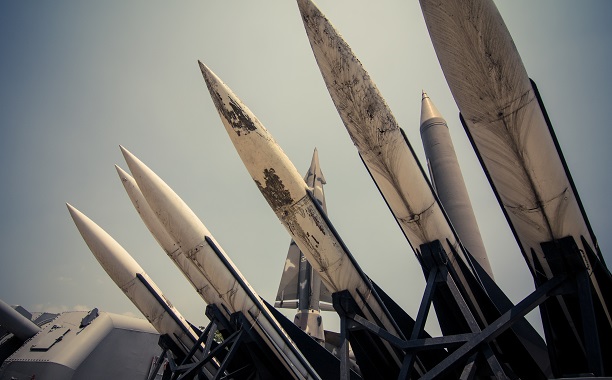 North Korea has fired two short-range ballistic missiles off the coast, according to a South Korean Defense Ministry official.

Our military is strictly warning North Korean military of the reckless and the provocative act. We will firmly and strongly respond to any North Korea’s provocation through solid united defense posture.

North Korean leader Kim Jong Un reportedly told his army to prepare for war with the U.S, telling them to train to “tear to pieces the Stars Stripes,” according to Fox News.

Last year, North Korea conducted a large number of missile and weapons tests, drawing protests from South Korea. The Korean Peninsula is technically still in a state of war due to the 1950-1953 Korean War ending with an armistice, not a peace treaty. Nearly 28,500 U.S. soldiers are deployed in South Korea to deter potential aggression from the north, according to the Miami Herald.