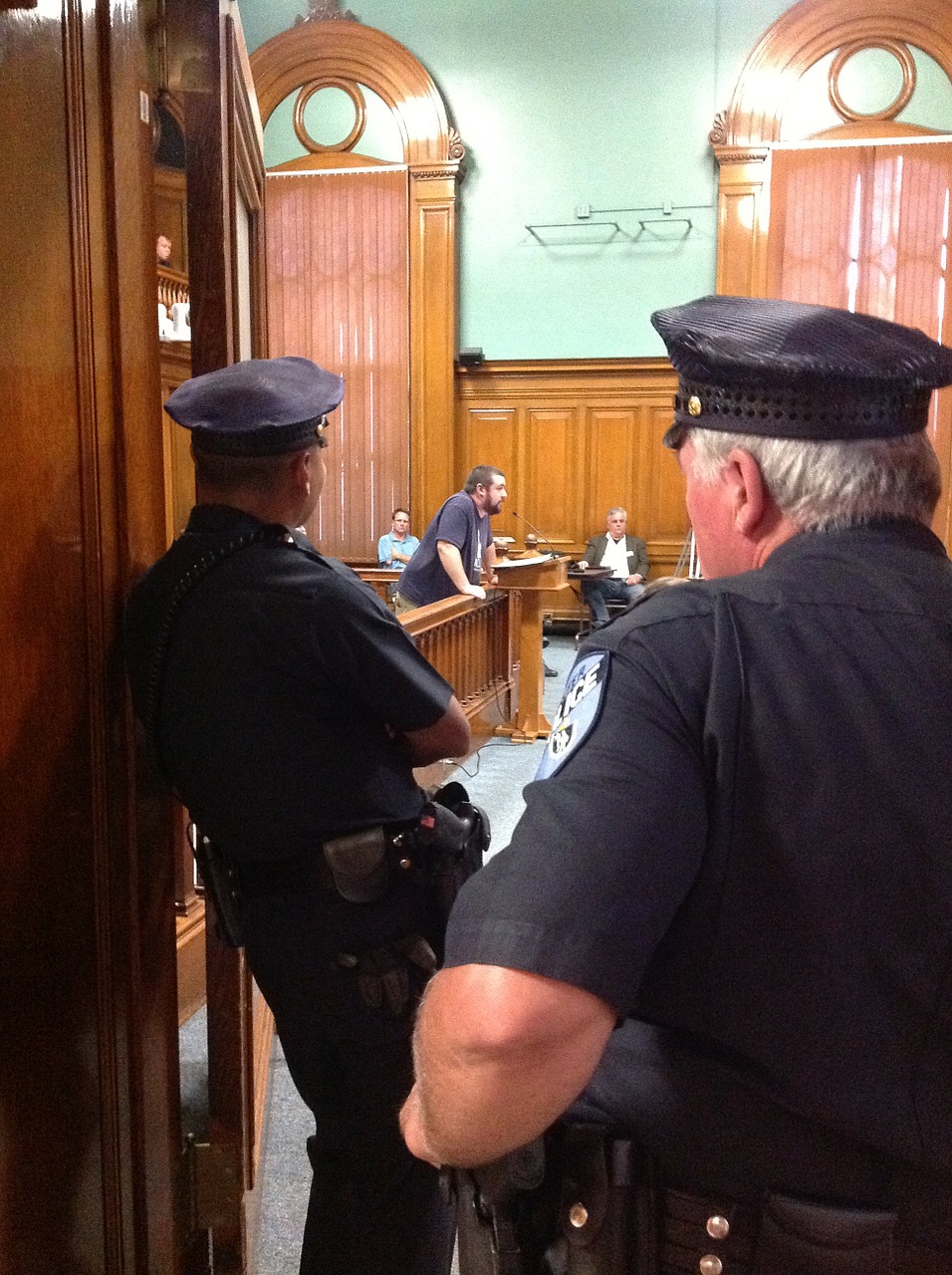 Rock Peters was arrested about half an hour after multiple gunshots were fired near the home of U.S. Vice President Joe Biden and he claimed in an interview with The News Journal that New Castle County Police “beat the daylights” out of him, USA Today reported.

They beat the daylights out of me

Police did not comment on Monday, instead citing the ongoing nature of the investigation into the shooting near Biden’s Greenville home.

Peters denies any connection to the shooting near the Vice President’s home in Delaware. The 57-year-old was not charged in connection with the shooting incident, The News Journal reported, however, he does face charges of reckless endangering and resisting arrest after fled from an office and scuffled with a couple more just before 9 p.m., according to a police affidavit. He indicated on Monday during an interview from his Hockessin home that the officers were the aggressors and that they were “lying through their teeth.”

He claims he was beaten by police, who left him with multiple injuries including a swollen nose, rib injuries, a black eye, and multiple abrasions to the face. He provided pictures documenting his injuries.

After the shooting near Biden’s estate, Rock approached the intersection of Barley Mill Road and Farthorne Avenue in his Jeep Wrangler. An officer advised Peters, who was on his way home after an evening at church and a stop at Walgreens, to turn around but Peters, knowing only one route to his home, indicated to the officer that it was “the only way” he knew and subsequently stated that he he needed “to go straight.” He lives roughly 3 miles from Mr. Biden’s home.

Court documents indicated that the officer began to walk away but returned after hearing Peters say something. The officer approached the front of the Jeep on the driver’s side and as he approached, Peters stepped on the gas and made a quick U-turn towards the left. Police indicated that the officer then had to “step back and to the right several steps for fear of being struck by the vehicle.” At this point, Peters managed to escape until he was pulled over by another county officer in the area of 4800 Lancaster Pike. The officer radioed for assistance and then approached the driver’s side and knocked on the door of the Wrangler.

Peters opened the door, stepped out, placed his right hand in his right jacket pocket, and at this point, the officer placed his left hand on Peters’ arm as he was worried that Peters was attempting to conceal a weapon, police indicated. Peters then shouted “don’t touch me” at the officer, according to what USA Today notes is the “police version of the events.”

The police affidavit then indicates that the officer grabbed Mr. Peters by the back of the head, forced him to the ground, and it is there that Peters struggled with the two officers, attempting to regain control of his hands. The affidavit then says that while he was being taken down, one of the officers involved in the altercation struck him in the head, neck, and shoulder with his knee.

Peters has denied much of the police report regarding the incident. He claims he exited his Jeep after law enforcement stopped him and when they asked for his license, he reached into his jacket pocket to retrieve his wallet in which his driver’s license was contained. It was at this point that Peters claims the officer “cold-clocked” him. He said he then went down and an officer put a “death chokehold” on him which made him think he was going to die on the spot.

And that point, without saying a word, he cold-cocked me […] death chokehold on me, I thought I was going to die right there.

Just before he was about to pass out from the chokehold, he says the officer released him and then put a knee into his back while he shoved the left side of his face into the ground.

Peters indicated that he said repeatedly that he couldn’t breathe and thought of Eric Garner, the man who died in Staten Island, New York, after police placed him in a chokehold banned by the NYPD.

Rock indicated that he comes from a family of law enforcement so he found this incident surprising. He said that he’s “not anti-cop” but the law enforcement officers who allegedly beat him “were extremely aggressive.”

At the station, Peters said his girlfriend took pictures of his injuries, Daily Mail reported. He compared his incident to Garner’s deadly encounter with NYPD.

Same thing that happened to Eric Garner, happened to me […] It was deja vu all over again

Who do you think is telling the truth, Rock Peters or the police?