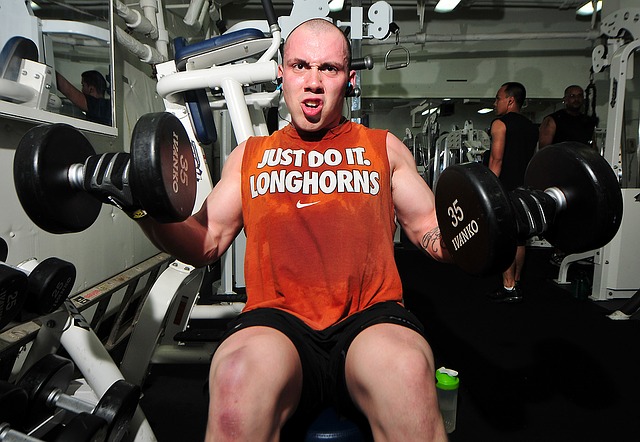 Excessive working out may have an effect on a person’s sex life – and not in a good way, a new study suggests.

According to researchers from the University of North Carolina, men who exercise intensely may have a lower libido compared to men who worked out moderately or lightly, Fox News reports. This is one of the first studies to delve into the link between men’s exercise regimens and their sex lives.

Scientists have long debated on whether and how working out impacts sex drives and ultimately, reproduction, The New York Times reports. But most such studies usually focus on women, particularly on female athletes who undergo intense training. Less is known about men and the effects of working out on their libido and fertility.

Researchers surveyed over 1,000 men regarding both their workout habits and their sex lives. Participants were put into groups by the length of their exercise time, intensity of their workout programs and libido levels. There were also questions on general health, and information on the participants’ medical histories.

When all the groups were compared, it turned out that those who reported light or moderate exercise sessions were more likely to have high or moderate libidos than those who said they had intense workouts.

The study authors, however, caution that the study relied on self-reporting, meaning they trusted their participants to be truthful and self-aware. This also doesn’t mean a direct cause and effect, but rather that there is a connection between exercise and sex drive, they say.

The study did say that heavy exercisers may tend to get too tired after prolonged workouts, or may experience a drop in testosterone, which could explain the lower libido.

On the whole, exercise is believed to be better for anyone’s sex life, and healthier overall, than not exercising at all.

The study was published in Medicine and Science in Sports and Exercise.