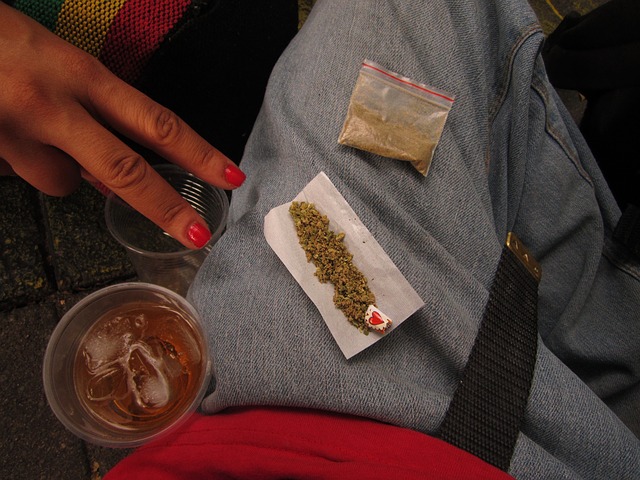 More US adults are using marijuana now, as laws and general attitudes on the drug are changing. Fewer people now consider pot to be a harmful substance, a recent study suggests.

The trend is accompanied by the growing number of states that are shifting their laws to legalize cannabis for medical — and recreational in some — uses. Researchers state this might be contributing to current public perception on the social acceptability of marijuana, CBS News reports.

Dr. Wilson M. Compton of the National Institute on Drug Abuse, says that,

Understanding patterns of marijuana use and dependence, and how these have changed over time is essential for policy makers who continue to consider whether and how to modify laws related to marijuana and for health-care practitioners who care for patients using marijuana.

Compton and a team of researchers examined data from 596,500 adults over the age of 18 who had participated in an annual government survey that was nationally representative, between 2002 and 2014.

The respondents answered questions on whether or not they ever used marijuana, their first time using it, whether they thought they had a pot dependence, views on marijuana use in general and state legalization for medical cannabis. The study finished before Colorado, Oregon, Washington and Alaska legalized recreational marijuana.

The results showed that the use of cannabis increased from 10.4% in 2002 to 13.3% in 2014. Marijuana use was defined as having taken any form of pot in the previous year.

When applied to the whole US population, the overall number of pot users can be calculated at an estimated 21.9 million people in 2002 and 31.9 million in 2014.

What Compton says was the most surprising result is that the number of daily or almost-daily pot users soared from 3.9 million in 2002 to 8.4 million in 2014. This is more than double the increase, he says.

The increase in cannabis use was inversely proportional to the number of people who put a less perceived “great risk of harm” on smoking a joint once or twice a week. Half of US adults were afraid that the habit would cause harm in 2002 and dropped to 33% in 2014.

The trends started sometime in 2007, according to the study.

The researchers also delved into marijuana dependence and found that pot abuse in the general population remained fairly stable at 1.5% between 2002 and 2014. The rate of dependency among users, however, dropped from 15% to 11% in the same time frame.

Marijuana dependency was more likely in young males with low education levels, who were out of a job, experiencing depression and used tobacco, alcohol or other substances as well.

Compton says these findings have significant implications for the US health care system. It could, for example, affect medical treatments in patients who are not asked if they use pot, he explains.

Wayne Hall of the University of Queensland in Australia, who wrote an accompanying editorial to the study, points out that there is a need for continued monitoring of marijuana use as the study concluded before recreational pot was legalized. “It is likely that these policy changes will increase the prevalence and frequency of cannabis use and, potentially, cannabis use disorders in the longer term,” he says.

The study was published in The Lancet Psychiatry.