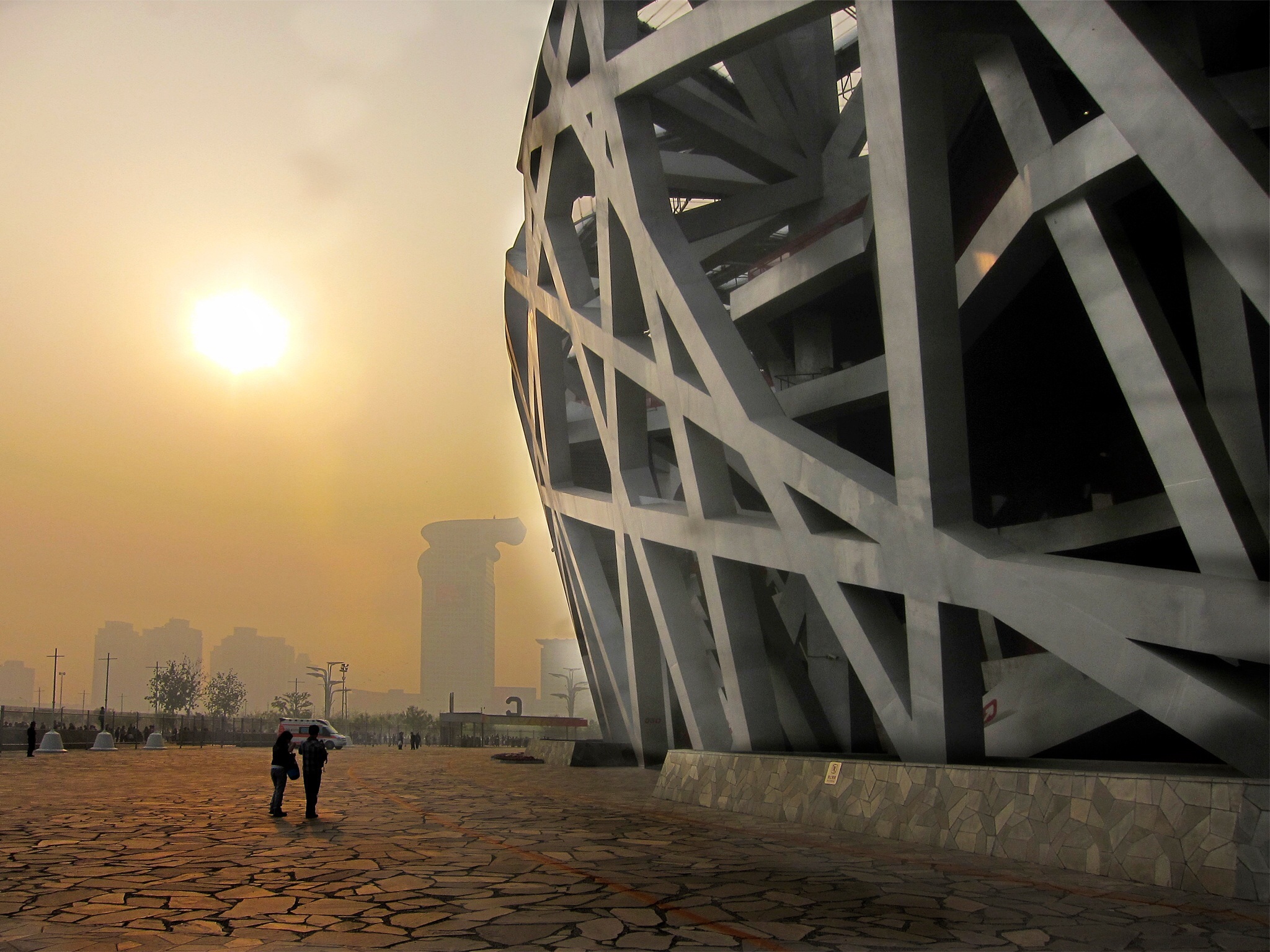 Residents in several major Chinese cities were warned to stay indoors for Christmas on Friday as a thick layer of toxic smog blanketed cities like Beijing, which is home to more than 100 million people. The pollution was so bad that more than 200 flights from Beijing were canceled due to obscured visibility.

According to the Beijing Municipal Environmental Monitoring Center, Beijing’s pollution level was rated “severe” while Shanghai was described as “heavily polluted”. At a location near Tiananmen Square, the concentration of harmful particles known as PM2.5 topped out at 340 micrograms per cubic meter at 8 a.m. local time Friday. This pollution level is more than twenty times higher than the 25 micrograms maximum recommended by the World Health Organization, and it was worse in some areas. According to Phys.org, one location in Beijing reported a reading of 620 micrograms per cubic meter.

Officials in Beijing have faced widespread public criticism due to their poor response to the smog that choked the city earlier in December. On December 1, the visibility was reportedly as low as 100 meters due to the smog. The city received some natural relief in the form of a cold front on December 2, as cooler and cleaner air ushered in from the nearby mountains. City officials issued a red-alert so that emergency anti-pollution measures would be put into place days later.

The Chinese government has taken action in the past to try to address the air quality issues. Earlier this year China shut down 17,000 companies due to the pollution they emitted into the atmosphere, and 28,600 more were ordered to halt operations in an effort to clear the smog.

According to Shanghai Daily, the heavy pollution that covered the cities has since been cleared out by a cold front. In two hours, the Air Quality Index (AQI) dropped from a reading of 182, or moderately polluted, to 79, which is considered healthy. The AQI is expected to continue to drop as the colder air continues to come in, but meteorologists warn that the smog will return as early as Wednesday as the winds calm and the air once again becomes stagnant.

Deadliest Landslide In U.S. History Was Not An Anomaly, Research Shows
Burn Ban In Effect For San Francisco Bay Area Residents
To Top