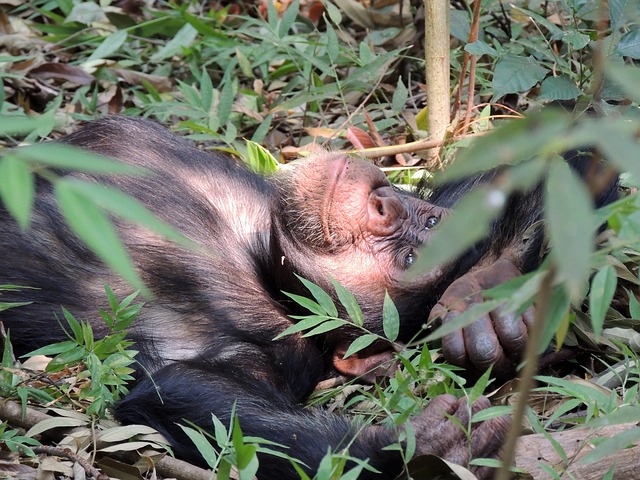 Chimpanzees are the closest living relative that humans have. It has been known for some time that they are quite intelligent — they can engage in complex behaviors and communicate, for instance. However, it was not quite certain what the difference was that allowed human brain to surpass the thinking capacity of chimp brains. A new study, released on November 16th, reveals the answer to this question.

The difference, reports Science Daily, lies not in size, as some have proposed, but rather in the “plasticity” of the brain. Plasticity is essentially the ability of the brain to be shaped by the outside environment. This makes humans superior learners.

The study used 208 human brains and 216 chimp brains — all via MRI — and examined their brain organization. The sulci (brain folds) in chimps were much more likely to be influenced by genetic factors, whereas even human twins had differently-organized brains.

Science Magazine reported on a comment made by Mary Jane West-Eberhard. West-Eberhard, the Tropical Research Institute theoretical biologist at the Smithsonian, was not involved in the study, but did say “I can appreciate these results because they illustrate and reinforce, using comparisons of closely related species, something that has been doubted by some evolutionary biologists in the past, namely the fact that plasticity itself can evolve.”

The sulci (brain folds) in chimps were much more likely to be influenced by genetic factors, whereas even human twins had differently-organized brains.

This may also explain the early developmental difference between chimps and humans, despite many similarities. Chimp babies are able to take care of themselves much more quickly after leaving the womb than human babies, who are essentially completely helpless for months, if not longer. This difference might be due to the fact that the chimp’s brain is more rapidly (and rigidly) formed in the womb, whereas a human baby’s brain is born as more of a blank state, able to adapt to the outside world.