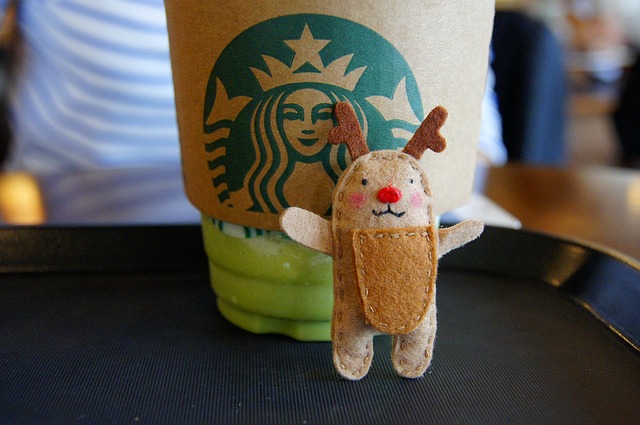 Donald Trump has been suggesting that Starbucks is anti-Christmas after the popular coffee chain released this year’s holiday cups – a simple, red design devoid of the usual snow and ornament designs.

On Tuesday, in response to the questions about the cups, Starbucks advertised its “exclusive Christmas Blend Vintage 2015″ and other related Christmas-themed products they are selling in their stores.  They said on their website that they released the holiday blend in honor of their 300,000 employees “from diverse ethnic backgrounds who proudly wear our green apron.”

Trump and other conservatives see this year’s more minimalist design as part of a larger movement away from exclusively-Christmas themed decorations.

When asked about Trump’s criticism of the coffee chain, Starbucks spokesperson Sanja Gould pointed out that the Christmas blend was available in stores, as well as various other Christmas-branded coffee blends and “Ugly Sweater” cookies.

Dunkin’ Donuts, one of Starbucks’ biggest competitors, released a line of holiday cups including the word “Joy” surrounded by pictures of holly and wreaths.   People took to Twitter to celebrate the festive cups and berate Starbucks.

Joshua Feuerstein, a man who calls himself “an American evangelist, Internet, and social media personality” has claimed that employees at Starbucks are not allowed to wish their customers a merry Christmas.  However, a Starbucks spokesperson said in an email to The Atlantic that “are not provided a script or a policy around greeting customers. They are simply encouraged to create a welcoming environment to delight each person who walks through our doors.”

Starbucks is a global corporation which means that they cater millions of customers a day in over 23,000 stores and 68 countries.  Including the United States, where their customers celebrate Christmas, Hanukkah, Kwanzaa, other holidays or no holiday at all during the winter months.  By making the decision to be holiday-neutral, Starbucks has actually made a strategic business decision to appeal to their diverse clientele.

And it of course does not hurt their business that they have been in the news for days now.

Digital Immigration Form Is Most Expensive In History
Baby Hitler, Would Jeb Bush Kill Him? ‘Hell Yeah’
To Top