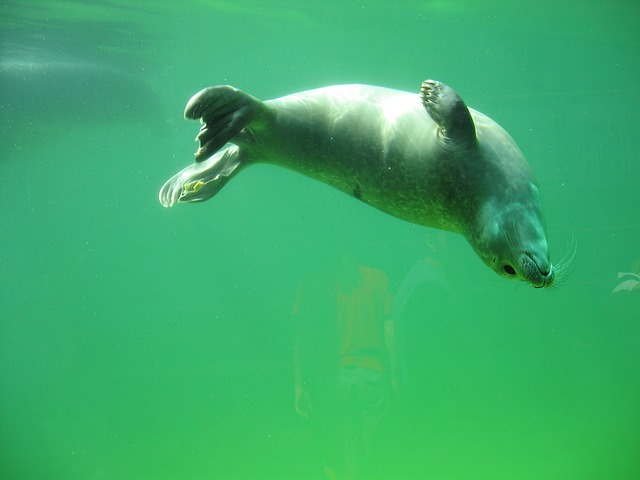 In a video released by the Atlantic White Shark Conservancy this week, a great white shark and a seal are shown engaged in a dramatic chase that has both of the majestic creatures leaping out of the water. The seal managed to escape being a meal for the shark.

It is very rare for a great white shark to leap out of the water, reports Time. “We had never seen a breach out of water before,” said AWSC President Cynthia Wigren.

We had never seen a breach out of water before. It was pretty incredible to see.

The video was captured of Monomy, Cape Cod, Massachusetts, where last week the Conservancy caught footage of two great white sharks swimming close to a beach.

The seal managed to escape the shark not only by jumping out of the water, but in the way it contorts its body for survival, reports Discovery News.

Great white shark sightings have been increasing on both coasts of the US in recent weeks. According to experts, the reasons are three-fold.

Sharks are also moving in on the coastlines after their food. Krill, anchovies, and other fish have been plentiful this year, which attracts not only the sharks, but also seals, another favorite meal of the great whites.

Lastly, the population of the great white shark has been on the up rise. “After a decline of up to 90 percent for some species in the United States, they are beginning a gradual rise toward the numbers of a century ago,” said George Burgess, director of the Florida Program for Shark Research.

After a decline of up to 90 percent for some species in the United States, they are beginning a gradual rise toward the numbers of a century ago. That suggests some of the damage we’ve done to the oceans has been reversed, and that’s something to celebrate.

As for the shark featured in the video, it didn’t go hungry. Wigren said the shark successfully hunted down another seal later that day underwater.