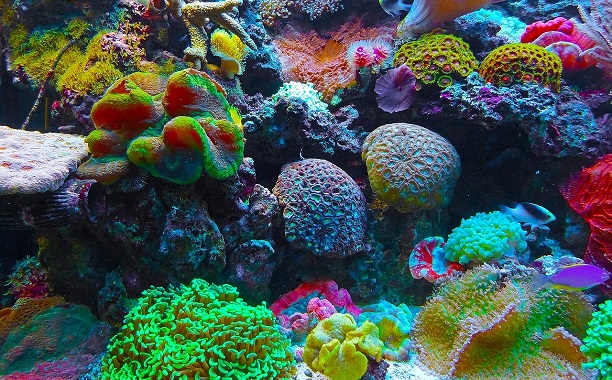 A study published on Thursday has found that certain species of coral have DNA that allows them to adapt to climate change.

Coral reefs are declining around the world due to warming seas, storms, disease, and pollution. However, the study’s findings, which were published in the journal Science, suggest corals are more resilient than previously believed. With targeted conservation efforts, these ocean floor animals could make a come back.

Mikhail Matz, an assistant professor of integrative biology at the University of Texas at Austin, and a team of colleagues studied corals from the Great Barrier Reef in Australia from both the warm waters and cooler areas, reports The New York Times.

In laboratory studies, the researchers found that coral larvae from the slightly warmer waters in the north were up to “10 times as likely to survive elevated temperatures”

Dr. Matz believes that “corals already have the genetic variance to adapt to changing temperature.”

Corals already have the genetic variance to adapt to changing temperature. It’s just a matter of transporting these mutations from hot locations to locations that will be hot very soon because of global warming.

There are still those who speak out and claim global warming, or climate change as its now called, is not really happening, in spite of scientific studies.

The team of scientists in this particular study discovered that by crossbreeding the coral from the north and south, the genes for heat tolerance could be passed on.

Newsweek reports that many corals are able to adapt genetically to warmer oceans. Which means that scientists could potentially crossbreed coral to survive as the oceans grow hotter. Interbreeding between heat-tolerant coral could potentially rescue the next generations of coral colonies.

However, this is not “a magic bullet,” warns Dr. Matz. Coral reefs will continue to face threats as the climate continues to warm.

This is not a magic bullet. The existence of this gene variation buys us some time.

What are your thoughts on climate change?