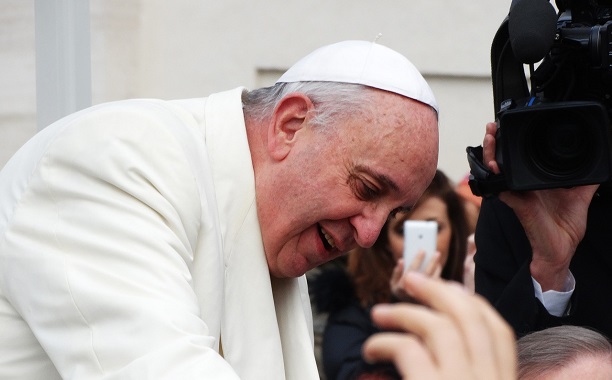 Pope Francis is set to visit the United States next year to attend a three-day conference in Philadelphia, an archbishop said.

Archbishop Charles J. Chaput said the pontiff is scheduled to attend the World Meeting of Families on September 22 to 27, 2015, which would be Pope Francis’ first visit to the U.S. as the leader of the Catholic Church, CNN reported.

“Pope Francis has told me that he is coming,” said the archbishop before giving his homily in a mass on Thursday during the Mass of the Tekakwitha Conference in Fargo, North Dakota, according to the Catholic News Service.

In a statement, archdiocese of Philadelphia said the Vatican has not yet confirmed if the popular pope would attend the conference. However, it still hopes to welcome Pope Francis, The Washington Post reported.

“There has been no official confirmation by the Vatican or The Holy See of Pope Francis’ attendance at the 2015 World Meeting of Families in Philadelphia,” the archdiocese said.

Archbishop Chaput has frequently shared his confidence in Pope Francis’ attendance at the World Meeting and his personal conversations with the Holy Father are the foundation for that confidence.

“While Archbishop Chaput’s comments do not serve as official confirmation, they do serve to bolster our sincere hope that Philadelphia will welcome Pope Francis next September,” the archdiocese added.

Meanwhile, the Vatican said that there are no concrete plans to visit the city next year although Pope Francis has “indicated” his willingness to attend the event.

“Keep in mind that we are still one year away from the Philadelphia meeting,” Vatican Spokesman Federico Lombardi said in a statement.