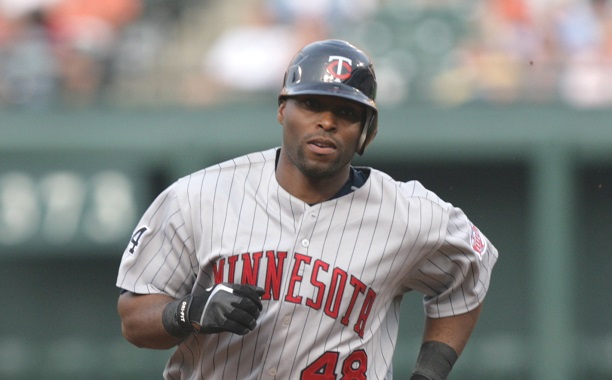 Minnesota Twins outfielder Torii Hunter has been suspended for two games and fined and undisclosed amount for outburst at Wednesday’s game against the Kansas City Royals.

For those who didn’t catch it, Hunter’s frustrations got the best of him in the eight inning when he struck out. He initially appeared to vent his frustrations with umpire Mark Ripperger in an argumentative fashion which eventually erupted into a blatant display of protest following his ejection from the game.

The Twins lost the game 7-2 and subsequently dropped out of the American League Central Division lead, losing their spot to the Royals who are now 34-24.

The 39-year-old Hunter has appealed the two-game suspension, which he referred to as a “little harsh,” according to ESPN.

He went on to say that he “didn’t expect two games, but at the same time, he “knew something was going to come down” in light of his ejection.

I didn’t expect two games (…) I got ejected, so I knew something was going to come down.

Explaining his outburst, Hunter said on Friday that he’s “a passionate guy” and when it comes to his job, he does his job well and he would “expect you to do your job as well.”

I’m a passionate guy. This is my job, and I come to do my job well (…) And I expect you to do your job as well.

The five-time All Star, whose annual salary this year is $10.5 million, previously played for the Los Angeles Angels and the Detroit Tigers.

As the Seattle Times notes in a report, “Hunter had to be restrained briefly” during his display of emotion at Wednesday night’s game in which he eventually ripped off his jersey and threw it before retreating to the locker room.

What are your thoughts on the ump’s call and Torii’s outburst, ejection, suspension and fine?