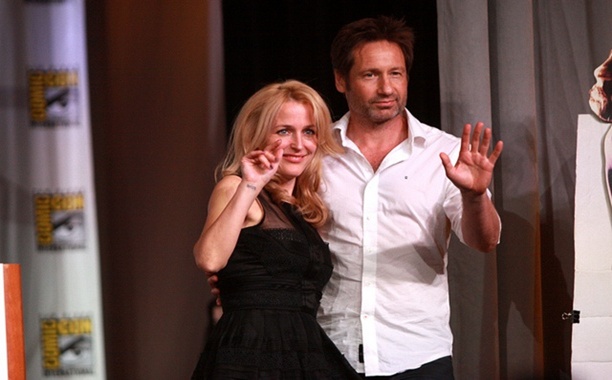 For those who have always wanted to believe that the truth is out there, Fox has set a date for the return of Agents Mulder and Scully.

Business Insider reports that Fox plans to make the premier of the six-episode, limited series revival of the X-Files a two night event in 2016.  The first episode will air on Sunday, January 24, while the second will air the following Monday.  Following the premier, the rest of the episodes will air on Monday.

We’re very excited about this.  It’s going to be a huge reward for fans of this legendary show.  It’s taken us a very long time to get these three back together.

Walden declined to give details about upcoming episodes, admitting she has been kept in the dark by the show’s creator, but assured longtime fan’s they wouldn’t be disappointed.

The new show looks to use a combination of standalone episodes mixed with ones that go into the deeper mythology the original became know for.

As CNET points out, the X-Files premier is set to air immediately after the NFC championship game, expected to have about 47.6 million viewers.  Along with a loyal fan base, this prime spot should guarantee good ratings for the premier.

Fox is also hoping that those that turn into the X-Files will keep watching and catch their new DC Comics-inspired supernatural drama “Lucifer”, the Business Insider reported.

The X-Files originally ran from September 1993 to May 2002 and saw two FBI agents Fox Mulder and Dana Scully examine unexplained phenomenon.  Two feature films based on the series were aired in 1998 and 2008.

While the series tackled a variety of supernatural mysteries and weird phenomenon, the underlying arc was an alleged government conspiracy to hide the existence of extraterrestrial life.

In news about the real life search for extraterrestrial life, Immortal News reported that NASA scanned over 100,000 galaxies for signs that they could hold intelligent life.

Do you believe that the truth is out there?