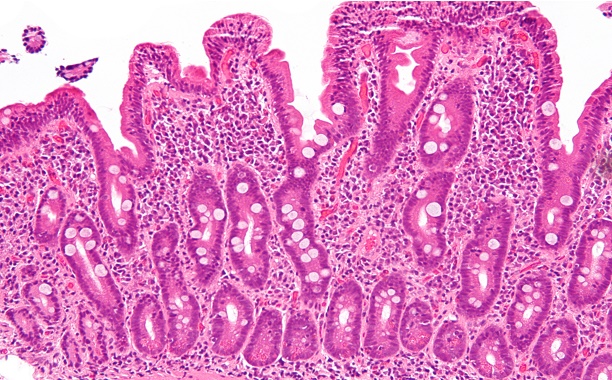 Swedish researchers found that patients afflicted with celiac disease might be at an increased risk for neuropathy.

The study, which was published online in the journal JAMA Neurology, examined more than 28,000 people living with celiac disease and a control group of more than 139,000 without the disorder. Researchers found that those with celiac disease were 2.5 times more likely to be diagnosed with nerve damage— medically known as neuropathy.

People with the disease may be able to prevent nerve damage by following a gluten-free diet which entails avoiding foods containing wheat, barley and rye.

Celiac disease (CD) is an autoimmune digestive disorder, according to Daily RX, which results in damage to the small intestine when gluten is ingested. It is passed on genetically and is estimated to affect 1 in 100 people worldwide. Patients with neuropathy typically have weakness, numbness or pain in their extremities.

Risk estimates for neuropathy were at their highest in the first year following diagnosis with the disease, MedPage Today reports, but there was still a significant increase in neuropathy risk after the first year of follow-up.

There were no gender differences in neuropathy risk in celiac patients, the study’s authors added.

(The data) may also suggest that the two diseases may share risk factors or a common underlying etiology for the development of neuropathy, such as a potential role of immunologic mechanisms. The association between celiac and different types of neuropathy suggests that there may be specific underlying mechanisms that may lead to the predominance of one type of neuropathy compared with others.

Based on their findings, the studies authors recommend patients with neuropathy get screened for celiac disease.