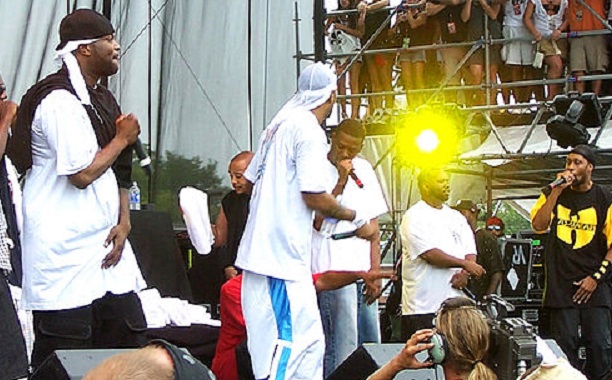 A woman named Lia Palmquist was accused by her boyfriend, a man named Nathan Sellers, of sleeping with the entire New York-based rap group known as the Wu-Tang Clan (WTC); the accusation was aired last Friday on the April 10 episode of Divorce Court and has since gone viral.

While the accusation sounds wild and outlandish, the woman admits that she “had an amazing night” with the rap group after she met them backstage following a concert, joined them on their tour bus and then accompanied them back to their hotel where she claims she did not cheat on her boyfriend, however, her boyfriend claims otherwise as he clearly stated that “she gave them some tang.”

While the man’s accusations against the woman, who turns out to be the plaintiff in the case, were denied by the woman, the pair were actually appearing on Divorce Court to settle a dispute regarding bedbugs as the woman alleged Sellers had brought bedbugs into the couple’s home.

Palmquist sought $3,500 in damages for the bedbug incident, however, Judge Toler ruled in favor of the defendant and awarded her no financial restitution as the judge told the plaintiff that “there will be no recovery in this matter.”

You know you’re not getting any money, right? You were sleeping with him after. There will be no recovery in this matter.

As far as just what happened the night of the Wu-Tang concert, Palmquist maintains that she did not cheat on her boyfriend at the time and that “Wu-Tang was nothing but gentlemen.”

Let me just put on the record that Wu-Tang was nothing but gentlemen. I would never cheat on him. I would never be a bus-down groupie in that time of situation […] I kept my lady parts together.

The judge asked the woman in a rhetorical fashion if she thought that her actions constituted “bus-down behavior” as she said:

But you stayed out all night and got on a tour bus with a band, or a group, and that’s bus-down behavior, is it not?

Wu-Tang Clan referred to the Divorce Court incident as “HYSTERICAL” in a message sent out to their more than 461K Twitter followers.

Do you think this woman cheated on her boyfriend with the Wu-Tang Clan?