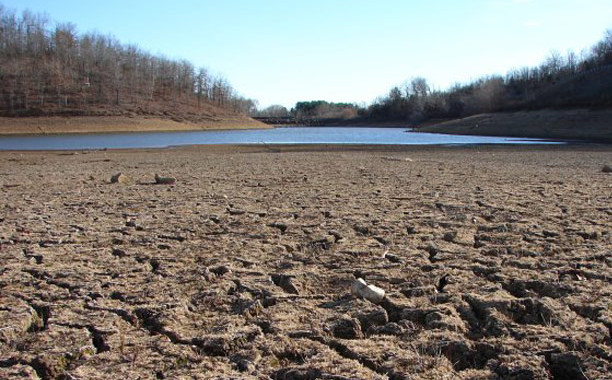 According to two new studies, a mysterious ‘warm blob’ that appeared in the Pacific Ocean could be the reason why US West coast states like California are experiencing their worst drought ever.

The ‘warm blob’ is a 2 degree Celsius anomaly which appeared in the winter of 2013-2014 in the Gulf of Alaska and later expanded. It caused the appearance of strange marine species typically associated with warm water such as ocean sunfish off the Alaskan coast, according to Washington Post.

You see, in the 2013-2014 ‘blob’ was just the beginning. In the summer of 2014, warm water also showed up off the California coast. And then, in the fall of last year, a major change in the wind and weather pattern between Hawaii and the West Coast caused the two warm blobs to merge and expand to fill the entire northeast Pacific Ocean.

According to Mantua, all of this is happening as a part of an extreme shift into the warm state of the Pacific Decadal Oscillation, or PDO. A shift in this oscillation could be a sign that the planet is on the verge of getting warmer, scientist conclude.

If the PDO stays positive for a longer time it could be a big deal. Some scientist think a persistent cool phase of the PDO cycle may be a key part of the reason why there has been a much discussed “slowdown” of global surface warming recently. And if they are right about that, the end of the cool phase could be the end of the global warming hiatus.

According to Discovery News the ‘blob’ is responsible for the drought conditions experienced in California, Oregon and Washington this year. As the air cycles over the warmer water, it heats up and brings less snow, translating into drier conditions inland.

Last year was officially the warmest year so far as reported by NASA and NOAA. For more information about this, check out the story we covered in January.