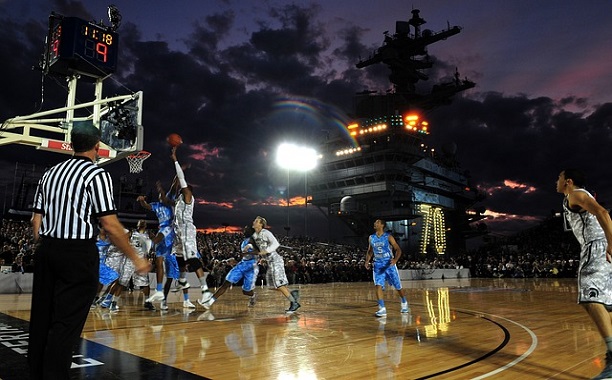 Dallas Mavericks owner, Mark Cuban, is not afraid to speak his mind. In fact, he has spoken it several times and now he is spilling his guts on how he feels about the state of the NCAA which is ultimately hurting the NBA. He blames college basketball for the error of their ways. He says that kids these days do not seem to know how to ‘play a full game of basketball.’

According to ESPN, Cuban said that future NBA stars are not properly prepared to make that leap from playing on a college team to the big leagues. He talks about the shot clock which means a slowed-down game and hopes that things change in the near future. The businessman is all for change and has been quite proactive in the past in motivating the things that helps to make the NBA better and more exciting. He hopes the same for the NCAA as well. He gave an example of ‘boring basketball’ that he sees now.

You’ve got three kids passing on the perimeter […] With 10 seconds on the shot clock, they try to make something happen and two other kids stand around. They don’t look for anything and then run back on defense, so there’s no transition game because two out of five or three out of five or in some cases four out of five kids aren’t involved in the play.

The Shark Tank star called it ‘uglier than ugly.’ He even went after the referees in his unique descriptive tone as he has been known for in the past.

The referees couldn’t manage a White Castle […] Seriously, the college game is more physical than the NBA game, and the variation in how it’s called from game to game [is a problem].

As The New York Post pointed out, there are a few things that definitely need to be changed for the better, but maybe Mark Cuban may have gone a little too far with his comments.

Controversial comments against referees by basketball stars, and even coaches, are not so uncommon. Los Angeles Clippers player Chris Paul made one such comment to a female referee in February, as reported by Immortal News. He was fined $25,000.