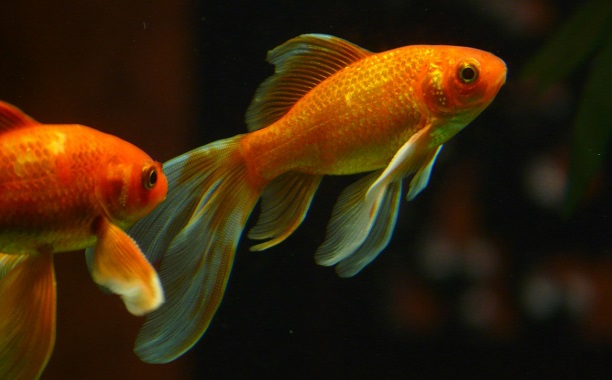 In light of thousands of invasive pet goldfish proliferating in the waters of a lake near Boulder, Colorado, state wildlife officials are imploring the public not to dump their unwanted pet fish.

Officials believe that the invasion of the exotic goldfish to have most likely started with the release of a handful of pets into the lake some two to three years ago.

Colorado Parks and Wildlife (CPW) have indicated that the release of goldfish into Teller Lake #5, which is located off Arapahoe Road in Boulder, has resulted in the invasive species reaching numbers of roughly 3,000 to 4,000 strong. Subsequently, the invasive species, which Boulder’s district wildlife manager Kristin Cannon referred to as “very harmful to the local aquatic ecosystem” in a ABC 7 report, may result in the lake being drained in order to remove the invaders.

Goldfish are not a native species and are very harmful to the local aquatic ecosystem […] We strongly encourage the public not to dump their unwanted pet fish in our waters. It is bad for our environment, as well as illegal.

While authorities could drain the lake to remove the fish, there’s another possibility: electroshock fishing equipment used to stun, not kill, the fish so that they float to the surface where they can be collected.

CPW spokeswoman Jennifer Churchill told ABC News that dumping pets into the lake “could bring diseases to native animals and plants as well as out-compete them for resources,” effectively threatening native aquatic life.

Dumping your pets into a lake could bring diseases to native animals and plants as well as out-compete them for resources […] Everything can be affected. Non-native species can potentially wipe out the fishery as we’ve put it together.

While officials in Colorado are warning folks not to release their pet fish into local waters as it could offset the balance of the ecosystem, wildlife officials in Florida are warning visitors and residents alike not to put the gopher tortoise in the water in an attempt to help it find sanctuary because it doesn’t swim well and can easily drown.