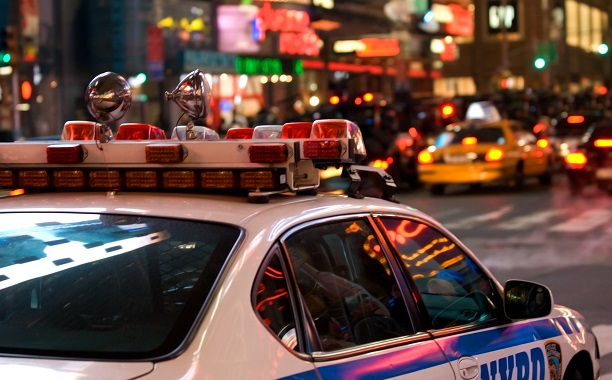 Detective Patrick Cherry with the New York Police Department has been placed on desk duty following a profanity-laced encounter with an Uber taxi driver which took place on Monday.

The move, which appears to be an attempt at punishing the detective, comes at a time when the NYPD is working on retraining their officers on how to interact with the public. The training, according to a NY Times report, includes refraining from cursing when interacting with the public.

The video, which was captured by one of the Uber driver’s passengers, was uploaded to YouTube and has since gone viral with over 1.7 million views since it was published on March 30, 2015. The video’s description on YouTube read:

Police abuse of Uber driver in New York City. In an unmarked car, the policeman was allegedly attempting to park without using his blinker at a green light. (His reverse lights weren’t on. Likely double parked without hazards on.) The Uber driver pulled around and gestured that he should use his blinker, casually and non-offensively, and kept driving us. The policeman quickly pulls up behind us and this is what happens.“

This occurred just before 2pm on the West side of Manhattan, in NYPD 6th Precinct, on March 30th, 2015, near Little West 12th Street. The officer did not identify himself, but he had a New York license plate: GSS 8891.“

The officer was later identified as Detective Patrick Cherry, at the time a member of the FBI’s Joint Terrorism Task Force.”

As of April 1st, 2015, NYPD Commissioner Bratton has announced his transfer off the Task Force, saying ‘All good cops know that the officer just made their jobs a little bit harder. … Anger like that is unacceptable in any encounter. Discourtesy like that and language like that is unacceptable. That officer’s behavior reflected poorly on everyone who wears that uniform.'”

The Civilian Complaint Review Board is now hearing testimony and conducting a formal investigation into the officer’s discourtesy.

What are your thoughts on the profanity-laced chide unleashed on the Uber driver?