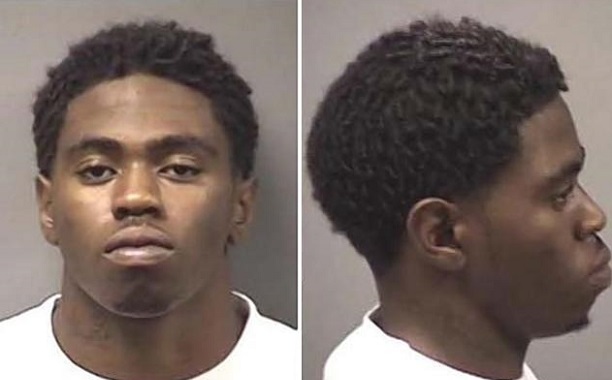 Authorities have indicated that the 23-year-old Taylor, who is described as a 170-pound black man measuring 5-foot-9, is considered armed and dangerous.

The stolen SUV is described as a brown 2012 Chevrolet Equinox with an Illinois license plate which reads: p506660, according to the Kankakee County sheriff’s office.

Taylor, who was awaiting sentencing on a murder conviction, was housed in the Jerome Combs Detention Center prior to his escape, which occurred at roughly 3 a.m. on Wednesday morning, according to the sheriff’s department.

The Daily Journal indicated in a report published back in February that Kamron had been found guilty of murdering Nelson Williams Jr. back in June of 2013 after a botched robbery.

Just minutes after a jury found him guilty, he attempted to escape from the courtroom, however, sheriff’s deputies and bailiffs managed to wrestle him to the ground before hustling him out of the courtroom while he yelled several expletives towards the gallery.

He currently faces a sentence of 45-years to life in prison for Nelson’s murder.

The jury which found him guilty of murder was composed of nine women and three men. He was found guilty of two counts of first-degree murder and one count of armed robbery, escaping police and residential burglary; this is prior to his recent escape which is sure to increase the number of charges brought against him.

Authorities are advising anyone who sees either Taylor or the stolen SUV to call emergency services by dialing 911.