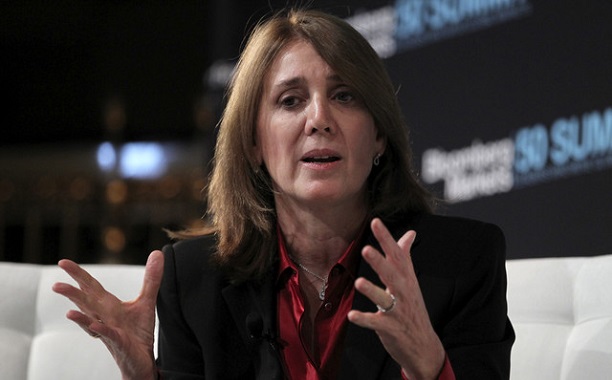 Google Inc is going to pay its new chief financial officer, former Morgan Stanley CFO Ruth Porat,  more than $70 million over the next two-years through a combination of stock, signing bonus and salary.

The tech giant’s filing with the Securities and Exchange Commission, which was filed on Thursday, indicated that their new CFO is to receive $65 million in stock grants, a $5 million signing bonus — which she would have to return on a pro-rated basis if she chose to quit before her first year was up — and a total annual salary of $650,000.

Ms. Porat, who will be replacing Patrick Pichette as the company’s chief financial officer, is also scheduled to receive two stock grants totaling $65 million; one for $40 million that she’ll be receiving next year and another for $25 million which will vest between the end of the year and 2017. The larger of the two stock grants will vest from 2016 to 2019.

Google’s prior CFO Patrick Pichette, who announced his retirement earlier in March, was paid $62.2 million over the course of three years through 2013, which Reuters reported via the Huffington Post to be more than twice as much as Porat earned at Morgan Stanley; these numbers based on regulatory filings.

The Reuters report indicated that the company’s recent acquisition of Porat as its new finance chief is a sign that the company is aiming to reel in costs as it invests into new business ventures including self-driving cars and Google Glass, the company’s wearable Internet glasses which offer wearers the opportunity to explore a world of augmented reality.