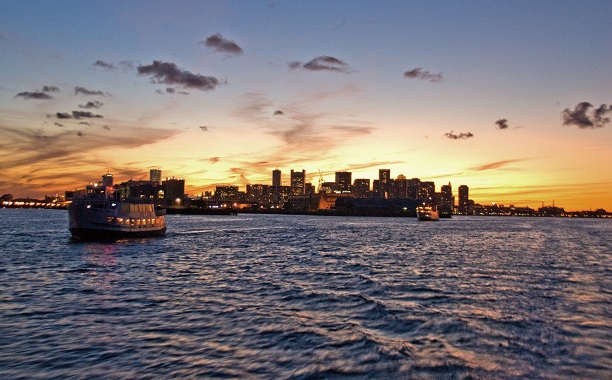 Atlantic Ocean currents — which fuel Gulf streams, warm cities, and affect sea levels — have slowed to levels that have not been experienced in more than 1,000 years, according to a recently published study.

In the study, which was published in the journal Nature Climate Change on Monday, researchers used observations and studies of sea-surface temperature in order to produce a new index which charts the waning force of the Atlantic meridional overturning circulation (AMOC), which Discovery News reports to be one of the most important circulation systems on the planet.

If the recent study’s findings hold true, increasing melt rates in Greenland could “lead to further weakening of the AMOC within a decade or two, and possibly even more permanent shutdown” of key components, according to scientists behind the study.

The aforementioned Discovery News report quoted a National Oceanic and Atmospheric Administration climate and ocean modeler, Stephen Griffies, as having said that the findings of the research were “dramatic” and that it’s “inevitable” that the world will begin “to see more and more evidence for the slowdown of the circulation.”

It’s inevitable, from my perspective, that we will start to see more and more evidence for the slowdown of the circulation […] If the overturning circulation slows down further, these extreme sea-level events on the East Coast will become more frequent.

The study’s researchers, who were led by Germany’s Potsdam Institute for Climate Research, concluded that an avalanche of cold water from the melting Greenland ice sheet appears to have reduced the level of ocean circulation, however, Breitbart recently reported in a contradictory fashion that the paper was published in an “alarmist journal” and employs computers models based on “adjusted” GISS data which the researchers “appear to have misconstrued.”

Breitbart quotes University of Rhode Island Graduate School of Oceanography professor H Thomas Rossby, who has been measuring the Gulf Stream for the past 20 years, as having said back in 2014 that his colleagues and he had found “absolutely no evidence” suggesting that the Gulf Stream is slowing down.

We find absolutely no evidence that suggests that the Gulf Stream is slowing down.

What are your thoughts on this recent study’s findings?