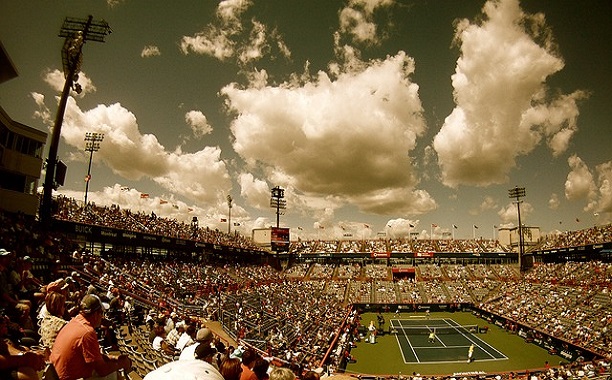 Tennis season is in full swing but for one of them, he will have to put his racket into storage for good. Wayne Odesnik has been banned from the sport for 15 years after he has received his second doping violation, as announced by the International Tennis Federation. The 29-year-old American was tested in December and January in which they came out positive for steroids and other banned substances. The ban will end in 2030. This means that his career in professional tennis has come to an end.

His first violation happened in 2010 when he was found to have HGH, human growth hormone, in his possession while in Australia. He claimed that he never used it, just had it on him at that time. USA Today reported  that he was not aware that he could be penalized by having possession of the substances. He was originally supposed to be banned for two years after this first incident. However, the ITF lifted the ban after one year. Many fellow tennis players were not happy about the shorter ban.

As expected, the top players in tennis have spoken out on this recent violation and make no bones on how they feel about Odesnik getting booted out. They took to their Twitter accounts to speak out about this issue while the BNP Paribas Open in Indian Wells, California is going on right now.

Rafael Nadal said that no one deserves to be on tour after two doping charges. World number two player, Roger Federer, said that he is all for catching those who cheat. Andy Murray, who is not one to mince words, simply wrote, “Bye bye Wayne… Good riddance.” The Brit also stated how he felt about the most recent violation when asked about it in an interview.

He clearly was taking something and trying to get an advantage […] He’s been linked to a number of people that have been involved in doping presently and in the past and surrounded himself with those people, so I can’t say I’m surprised. To have three separate issues is ridiculous. It’s good that he’s off the tour now.

Murray thinks that the December and January violations should have been treated separately, not as one. But probably the harshest comment came from retired pro tennis player and former number one, Andy Roddick.

@andrewikesports my feelings are that he's a douchebag and I hate that he has a US flag next to his name when he's cheating. Good riddance

While this is an unfortunate incident, at least officials are taking the issue of anti-doping very seriously and dealing with cheaters like Wayne Odesnik in the sport of tennis swiftly. It sounds like everyone on the tour agrees as they are more than happy to kick anyone off who do not comply to the rules.