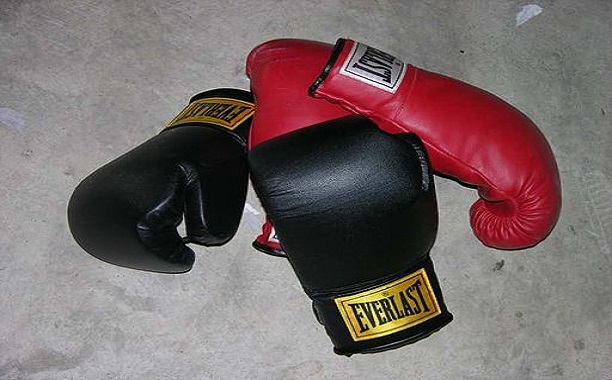 In order to get ready for one of the biggest fights in boxing history, Floyd Mayweather Jr. and Manny Pacquiao came out for a news conference on Wednesday at Nokia Theatre in Los Angeles. They boldly stood face-to-face with each other and even posed side by side with cameras flashing constantly as this will be the one and only confrontation they will have before they hit the boxing ring on May 2.

As if there wasn’t enough hype for this upcoming fight, the two athletes came out together to make the ‘official’ announcement and to build up even more anticipation. The fight between the boxers, which will be held at the MGM Grand in Las Vegas, is expected to be aired on Showtime PPV and HBO PPV in just a few weeks. This collaboration between the two networks took some work but they are happy that it all came together. HBO Sports president Ken Hershman was quoted as having said Pacquiano and Mayweather are “the two greatest boxers of their generation.”

This is the super bowl of boxing […] They’re the two greatest boxers of their generation. It transcends boxing for sure and it probably transcends sports.

During the news conference, Mayweather was more reserved, while Pacquiao took many more jabs at his future opponent. Even though Mayweather was calm in his demeanor, he may have been even more intimidating in his own right. He did mention the fact that Pacquiao has lost before while he remains undefeated. He is confident that this is an advantage going into this anticipated fight.

It took five years for this event to happen, which explains the excitement and uproar of the media and fans who are anxiously waiting for May to come. Pacquiao referenced it as the fight everyone has been waiting for.

The fight is on, and we’re very excited, he said. “Both of us will undergo hard training and we will do our best on May 2 to make you happy.

Everyone seemed to hold onto every word these guys said. The anticipation of their May meeting in the boxing ring was only heightened by the whole face-off between them yesterday and while this may be one of the biggest events in boxing history, the boxers know just how important this will be. Mayweather, 38, pretty much summed it all up on how he feels going into this fight.

I can remember when I was young and always thought when Marvin Hagler and Sugar Ray Leonard fought in the Superfight, I never thought there would be a fight that was bigger than that. And here we are.

Both men are preparing to be the best they can be. The physical and the mental preparation is extremely important to see who will come out on top. Mayweather said that he has already been pushing it to the limit in the gym. He did say that he views this match-up as just another fight, but he also told the media that his opponent is someone that he cannot overlook. Even Pacquiao himself admitted that he was not too worried about taking this guy on.