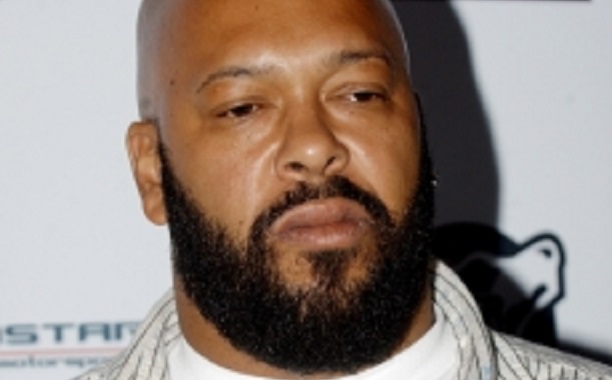 Death Row Records co-founder Marion “Suge” Knight was arrested on suspicion of murder a couple of months back after he allegedly killed a man in a hit-and-run incident in which he struck two men with a truck.

In the video attached to this news report, Mr. Knight’s red truck can be seen pulling into a hamburger joint’s parking lot in Compton, California. He can then be seen on the surveillance footage as a discussion unfolds with several people.

While it’s not clear in the footage, a TMZ report alleges that the first person to approach Suge’s truck is Cle “Bone” Sloan, a man who was employed as security on the N.W.A. biopic “Straight Outta Compton.”

Mr. Knight was reportedly kicked off the set of a promo shoot for the film earlier in the day and then Sloan, according to TMZ, can be seen attacking Knight through the window of his truck. After the alleged attack begins, Knight throws his truck in reverse and uses it to knock Sloan onto the ground as he’s struck by the side mirror.

Terry Carter can then be seen standing next to Sloan, who is on the ground. Shortly after, Suge drives his truck back through the parking lot, hits Sloan a second time, and runs over Carter.

Mr. Carter, who CNN reports to have been a former rap music label owner, was later pronounced dead as a result of the injuries he sustained during the incident.

According to MTV, Knight informed a judge last week that he’d fired his attorneys and that he was not receiving proper medical treatment while incarcerated. He also claimed that he only has 15 percent vision in one eye and is partially blind in the other.

He’s expected in court on Monday and his bail has been set at $2 million. If found guilty, he’s facing up to life in prison.

His former lawyer argued that the video would serve as proof that his client had feared for his life and that the fatal hit-and-run was an accident, but an attorney representing Carter’s family, Gary Dordick, had a different explanation for what the video portrayed as he was quoted by CNN as having said:

The video makes clear that Mr. Carter’s tragic death was caused by unnecessary acts of violence initiated by Cle Sloan attacking Mr. Knight and Mr. Knight choosing to retaliate using his motor vehicle as a deadly weapon rather [than] simply driving off to a place of safety […] Any suggestion by Mr. Knight that Mr. Carter played any [role] whatsoever in the fight through the car window is self serving nonsense with no factual support

In other rap related coverage here on Immortal News, A$AP Yams died at the age of 26; the cause of death is unknown.

After watching the video, what do you think?