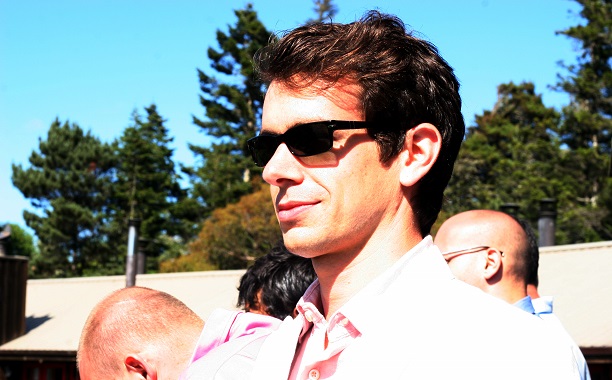 ISIS supporters have uploaded a message to JustPaste.it which specifically targets Jack Dorsey, one of the co-founders of Twitter, with a threat in which the supporters cite a “real war” in retaliation for the proclaimed “virtual war” Dorsey’s social media company has been waging against the Islamic State and its supporters in the removal of ISIS-linked Twitter accounts.

The message, which was first reported by Buzzfeed, includes a photo of Dorsey with crosshairs superimposed over his face.

The Arabic message implicates the co-founder as well as employees of the social media company in waging a “virtual war” on ISIS for which those behind the message indicate that the Islamic State will respond with a “real war” in retaliation for the censoring of its murderous campaign through the deletion of ISIS Twitter accounts, particularly those which have posted videos of executions.

Twitter’s terms of service agreement does not allow for users to post direct or specific threats of violence against others. According to a report on The Guardian, the social media giant has also cooperated with the British government, targeting content in violation of UK terror laws for removal.

As exhibited in the recent upload by supporters of the militant group to JustPaste.it, a website which allows for anonymous contributions, the group has found ways to get around Twitter’s efforts to thwart their dissemination of their message.

Tech Crunch confirmed Twitter’s response to Buzzfeed‘s inquiry regarding the legitimacy of the message which indicated that the company’s security team was “investigating the veracity of these threats with relevant law enforcement officials.”

In other ISIS news, Jihadi John’s identity was unmasked by U.S. officials on Friday as a 26-year-old British man from West London named Mohammed Emwazi.

What are your thoughts on the Islamic State’s threat against Twitter co-founder Jack Dorsey?