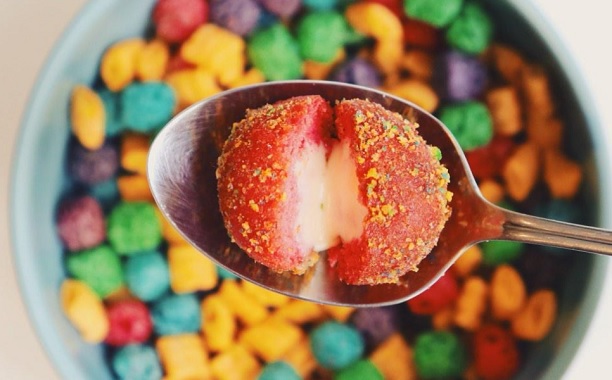 Taco Bell and Cap’n Crunch have teamed up to create rainbow-colored milk icing filled donut holes which are reminiscent of the fast-food company’s Cinnabon Delights.

The announcement for the new deep-fried, cereal crumb sprinkled Cap’n Crunch Berries was made this Friday.

According to a report on FoodBeast, the new concoction began selling in Bakersfield, California on Thursday and if it does well, we’ll see a nationwide roll-out at a cost of $4.99 for a dozen or $1 for two. The report also indicated that the deep-fried balls of sweet dough were filled with “sugary cream” and then dusted with Cap’n Crunch cereal.

Taco Bell Corp. is a a subsidiary of Yum! Brands, Inc. (NYSE: YUM). It’s the nation’s leading Mexican-inspired quick service restaurant, according to the company’s website

A report on USA Today describes the fast-food chain’s new dessert as “warm doughnut holes” which are covered in the captain’s Crunch Berries cereal and filled with icing.

What do you think, does the notion of Cap’n Crunch and Taco Bell teaming up to produce a new dessert sound enticing or are you disgusted by the very thought of what this intriguing collaboration entails?