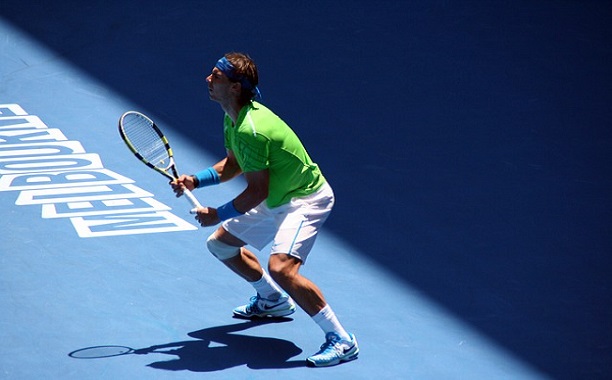 Rafael Nadal was expected to move on to the finals at the Rio Open but that was not to be. He got ousted by Italian player, Fabio Fognini, in a 1-6, 6-2, 7-5 match that ended 52 weeks of Nadal’s winning streak he had going for clay semi-finals. This Saturday stunner came with an amazing match point with Fognini sprinting for the short ball after it hit the net. The winning point had the crowd on their feet.

Nadal downed Fognini in the first set and it looked like things were going smoothly for the Spaniard. However, Fognini came bouncing back in the second set. Nadal continued to fizzle out in the third set leaving the Italian heading to the finals against No. 9 David Ferrer.

Both men played late the night before but Nadal’s match was even later than Fognini’s, which may have been a factor in his loss. Nadal admitted that he was tired plus he complained of cramping from the heat in Rio. With his injuries this last year that have kept him out of many major tournaments, the world no. 3  has been trying to get back into his game on the tennis courts. Clay is his favorite but even that has not helped him this time.

Everybody knows he (Nadal) is the best on this surface,” Fognini said. “I don’t have words to describe this moment. I am super happy. It’s the best match I have won so far in my career.

It was definitely one of his finest moments. Those that were lucky enough to be watching live had the thrill of witnessing the 27-year-old player’s golden moment. On the flip side, it was a very disappointing time for Rafael Nadal. This thrilling match point may just be a great set up for the Rio Open final on Sunday.

With the French Open coming up in June, Rafael Nadal is preparing for possibly his toughest challenge this year. The coveted Roland Garros title would definitely be a huge win for Fognini as well if he should go as far as he has in the Rio Open. Nadal has yet to reach a final yet this year, but he said that physically he feels just the same as he has been.

David Ferrer made it to the finals by defeating Austria’s Andreas Haider-Maurer in the semi-finals. Will Fabio Fognini be ready for him? The record between these two men speaks for itself. Ferrer has faced Fognini seven times and has succeeded at winning every single match. It will be an interesting matchup.