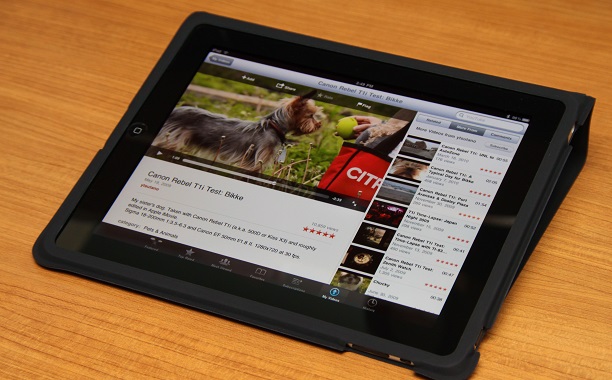 Google’s YouTube is launching a new parent- and kid-friendly version of its video service this Monday called YouTube Kids.

The new service intended for the Internet giant’s youngest patrons will serve age-suitable content through a smartphone app which allows parental guardians to control aspects such as the amount of time allowed per session and the ability to toggle the sound on and off, according to Tech Crunch.

When the new YouTube Kids app debuts this upcoming Monday, it will only serve users of Android devices so if your smartphone, tablet or what have you, doesn’t run Google’s Android operating system, you’ll have to wait until a version is ported to the operating system used by your devices.

Right out of the gate, when the app ships it’s going to include content from a range of partners including DreamWorks, National Geographic, Jim Henson TV, and a selected group of high-profile YouTubers.

While the app is intended to provide access to suitable content for young viewers, it’ll also offer curated options in the form of dedicated channels and playlists which will assist in expediting the quest to find videos. The channels will include learning, exploration, music and TV shows.

YouTube’s move follows in Vine’s footsteps, as Vine recently launched a kids app which shows only kid-friendly clips from its video service.

The app, which is separate from the mainstream YouTube mobile app, is expected to be free and will run on both smartphones as well as tablets, the Wall Street Journal reports. According to the WSJ report, it will feature big, bulbous icons and minimal scrolling.

It’s expected to feature original episodes of popular television shows for preschoolers which include “Sesame Street” and “Thomas the Tank Engine,” amongst other content aimed at the prepubescent demographic.

YouTube executive Malik Ducard is scheduled to announce the new app on Monday at a conference for the children’s entertainment industry, Kidscreen Summit.

Parents, are you excited for the parental control features the new YouTube Kids app offers?