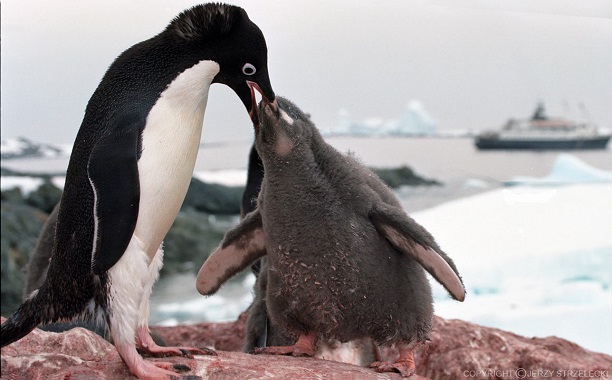 A new study has found that penguins lack the genetic ability to taste bitterness, sweetness and the meaty or savory “umami” taste.

The flightless birds are left with just two of five basic vertebrate tastes: salty and sour.

Scientists aren’t sure whether penguins can taste anything at all, as they have been unable to find taste buds on their tongues, but it is somewhat of a mystery why penguins have lost taste senses that other species use to differentiate between good food and food that is potentially toxic, the Los Angeles Times reported.

Penguins eat fish, so you would guess that they need the umami receptor genes, but for some reason they don’t have them. These findings are surprising and puzzling, and we do not have a good explanation for them. But we have a few ideas.

Scientists in China uncovered the mystery after sequencing the genomes of two penguin species as part of a large international project to catalog the genetic code of 45 species of birds. The researchers were not surprised to find that penguins do not have the “sweet” taste gene, which all birds have lost, but the inability to find the other two taste-related genes that other birds have caused them to worry that the genome was poorly analyzed.

After analyzing genomes from other penguin species, the researchers found that these genes were not found or they were only pseudogenes. Closely related tube-nosed sea birds like albatrosses, however, did have the bitter and umami receptor genes, which implies the genes became dysfunctional after the last common ancestor of the two groups, or nearly 60 million years ago, but before penguins became separate species around 20 million years ago, the BBC reported.

The loss of taste has not had any apparent consequences for the birds, who have tongues that seem better adapted for catching and holding fish. Researchers believe penguins lost the taste receptors because they just did not matter in the frigid temperatures of Antarctica, as the umami, bitter and sweet flavors are temperature sensitive and do not work well or at all when eating cold food in a very cold environment, according to Discovery News.