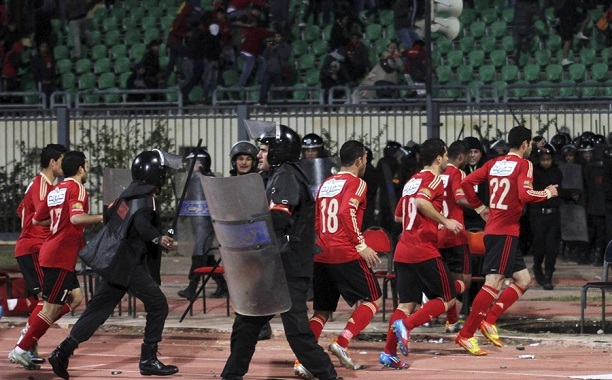 A riot erupted Sunday night outside of a major Egyptian soccer game in Cairo, Egypt. The riot, which included a stampede as well as fighting between fans and law enforcement, resulted in the deaths of at least 25 people, according to security officials who spoke on condition of anonymity.

Only three years prior, 74 people were killed in a riot, the NY Times reported. The report indicated that in the past, such attacks have sparked days of violent protests which pit the country’s hardcore soccer fans against local law enforcement.

Sunday’s game, which was held at the Air Defense Stadium east of Cairo, was an Egyptian Premier League match between clubs Zamalek and ENPPI. The stadium has a capacity of 30,000, however, the Interior Ministry planned to only let 10,000 fans inside.

Security officials indicated that clashes were sparked by club Zamalek fans attempting to force their way into the match without tickets.

While the NY Times reported 25 people had been killed as a result of the riot, a report by NBC Sports indicated that Egypt’s public prosecutor’s office had confirmed the deaths of 22 fans and many injuries after clashes erupted between fans and security forces.

A male fan who attempted to attend the game spoke to the Associated Press under the condition of anonymity due to a fear of police retribution, indicated that the stampede came as a result of police firing tear gas at the tightly packed crowd. The man was quoted having said that those who fell were unable to “get back up” after they went down.

Those who fell down could not get back up again

Zamalek fans, which are known as “White Knights,” posted on their official Facebook group page indicating that the violence was initiated by authorities only opening a single narrow, barbed-wire door to allow them in, which they said caused people to begin pushing and shoving, eventually resulting in cops firing tear gas and bird shot. The group’s page later posted pictures which it claimed were those of dead fans, along with the names of 22 people that the group claims were killed in the riot.