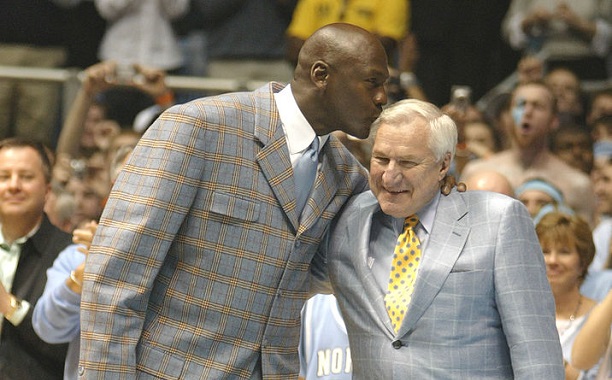 The retired Hall of Fame coach has passed away “peacefully” at his home on Saturday night, according to the University of North Carolina.

Coach Dean Smith died at the age of 83 surrounded by his wife and five children.

North Carolina’s current coach, Roy Williams, spent 10 years as Dean’s assistant coach. He indicated in a statement that the recently deceased “was the greatest there ever was on the court but far, far better off the court with people,” the Associated Press reported via ABC News.

I’d like to say on behalf of all our players and coaches, past and present, that Dean Smith was the perfect picture of what a college basketball coach should have been […] We love him and we will miss him. […] He was the greatest there ever was on the court but far, far better off the court with people […] His concern for people will be the legacy I will remember most. […] He was a mentor to so many people; he was my mentor. He gave me a chance but, more importantly, he shared with me his knowledge, which is the greatest gift you can give someone.

Smith reached the Final Fours 11 times, won the Atlantic Coast Conference tournament title 13 times and coached the United States Olympic team in 1976 which won the gold medal. In November of 2013, his wife, Linnea, accepted the Presidential Medal of Freedom on his behalf from U.S. President Barack Obama.

His family indicated back in 2010 that he suffered from a condition which was causing him to lose his memory.

The family issued a statement upon Smith’s death in which they indicated that they were “grateful for all the thoughts and prayers,” ESPN reported.

We are grateful for all the thoughts and prayers, and appreciate the continued respect for our privacy as arrangements are made available to the public. Thank you

What are your thoughts on the death of Dean Smith?