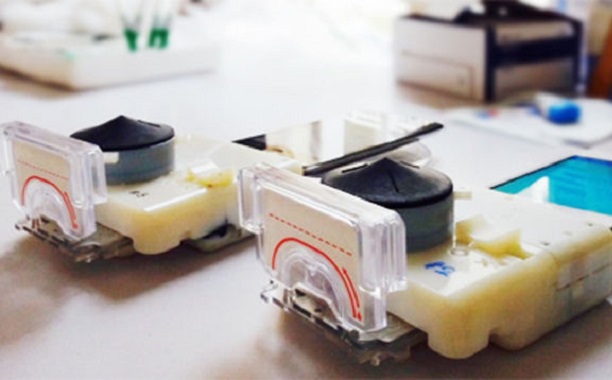 A new device for smartphones created by researchers at Columbia University can test for HIV and syphilis, providing accurate results in 15 minutes.

The device is the culmination of more than three years of research and engineering work, The Washington Post reported. The report also indicated that the device could make in-field tests for sexually transmitted diseases (STDs) faster and more accurate in areas where visiting a doctor for treatment isn’t feasible.

An author of a paper on the device, Samuel Sia, who’s an associate professor of biomedical engineering at the university said that “you’re going to start seeing a pretty fundamental shift in the health-care system” if we can bring what he referred to as “core health services” to smartphones.

Sia’s paper was published in the journal Science Translational Medicine.

The study was funded in part by the United States Agency for International Development with a focus on reducing the transmission of sexually transmitted diseases from mothers to children.

The device is essentially a two-part system which is composed of a piece of hardware known as a dongle, which attaches to the smartphone via the headphone jack, and a software application (or “app”) which corresponds with the hardware.

To use the mobile STD tester, which runs on the phone’s power source, plug the dongle in and take a blood sample with the prick of a finger. Insert the sample into a disposable plastic collector and connect the collector to a microfluidic chip which analyzes the sample. Next, insert the chip with the blood sample into the dongle, open the app, wait about 15 minutes and you have your results.

Dr. Antonio Urbina, who wasn’t involved in the project, told the Daily News that the new HIV testing app is a “game-changer” which is “going to empower individuals to take ownership of their own health.”

It’s a game-changer in terms of the (home) diagnostics consumers can do […] It’s going to empower individuals to take ownership of their own health.

What do you think of this new $34 STD tester designed to work with a smartphone?

Over 9 Million Americans Enrolled In Obamacare Health Plan
Measles Is Back, Highly Contagious, And Now A Debate Over Vaccination
To Top