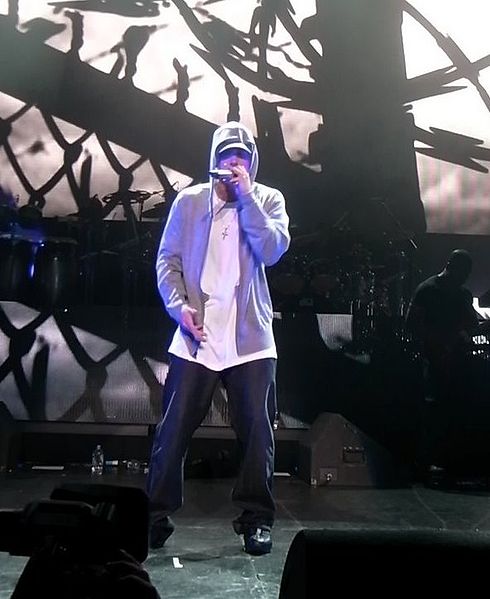 Gage Garmo, who had a rare form of bone cancer, did not have much time left. On Sunday, Eminem surprised the teenager by visiting his Michigan home to grant his dying wish. On Monday, just one day after the visit, Garmo died, days away from his eighteenth birthday, according to Fox News.

We’re so glad we were able to reach Eminem’s people and they were able to respond, and Eminem was able on such short notice to go and see this boy in his own home. It says something about everybody, really.

Garmo was diagnosed with bone cancer in his freshman year of high school and went through several surgeries and chemotherapy. Last week, during his most recent hospitalization, doctors gave him just days to live.

Word spread through social media about fundraising efforts and Garmo’s wish to meet Eminem. The Rainbow Connection, a Rochester-based nonprofit organization, which helps grant wishes of Michigan children with life-threatening diseases, learned about Garmo and stepped in, according to the Detroit News.

The organization reached out to Eminem to work out the logistics of a visit. Eminem was able to spend about 40 minutes with Garmo, and arrived at the teen’s home without fanfare to avoid a media spectacle, according to the Washington Post.

McCarter, the executive director of the Rainbow Connection, said Garmo was heavily medicated but was able to sit and speak to Eminem, which he had not done in days.

On Monday, Garmo’s supporters presented a fireman’s helmet to his family and attended a candlelight vigil at the high school. His friends plan to wear his favorite color, yellow, all week and continue fundraising by selling bracelets bearing the message “#GarmoStrong.”