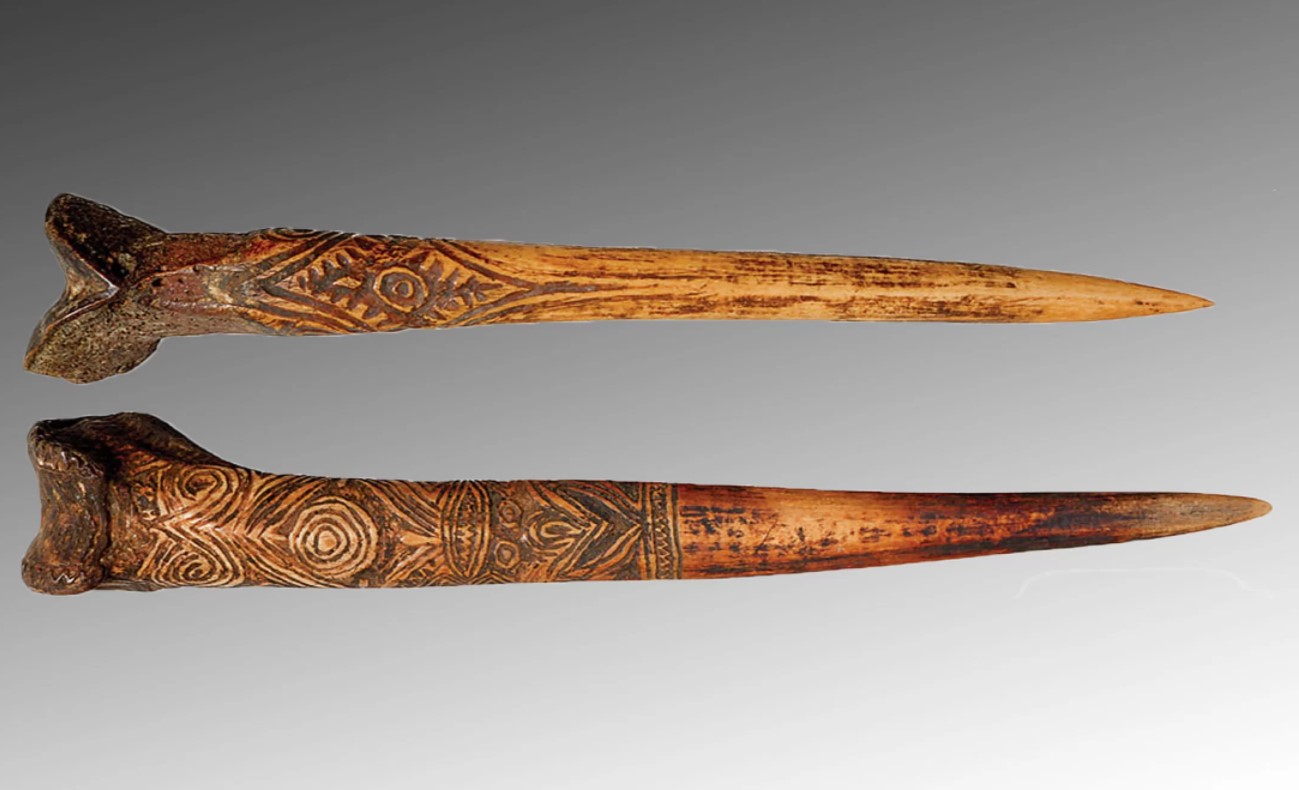 Warriors of New Guinea typically fight using two types of bone daggers: either crafted from human thighbones or shaped from the thighbones of flightless, dinosaur-like birds called cassowaries. For those curious to know which type of dagger is stronger, a new study suggests that it’s the one made from human bone largely because of how it’s carved into a weapon.

According to the study lead researcher Nathaniel Dominy, a professor of anthropology at Dartmouth College in New Hampshire,

It looks like both bone types are equally suited for making daggers. The difference is that when men are shaping human daggers, they’re retaining a lot of the curvature, which gives it a natural, superior strength.

He further explained that because the daggers made of bird bones are whittled to be flatter and less curved, they’re not as strong, Live Science reports.

What started Dominy’s peculiar investigation on these daggers is a display at the Hood Museum of Art at Dartmouth College. The professor’s interest was sparked when he came upon a drawer full of daggers, each roughly 12 inches or 30 centimeters long and made out of cassowary and human thighbones.

With a little digging, he found out that New Guinea warriors fought with the close-combat weapons, but older studies dating back as far as late 1800s and early- to mid-1900s by outsiders thought of the bone daggers as being used to disable prisoners who were later cannibalized.

Whether the weapons were used for cannibalism or not, there’s no mistaking that they’re prized by the people of New Guinea because “human bone daggers have to be sourced from a really important person. You can’t just take the bone of any ordinary person. It has to be your father or someone who was respected in the community,” said Dominy.

The study was published online on April 25 in the journal Royal Society Open Science.