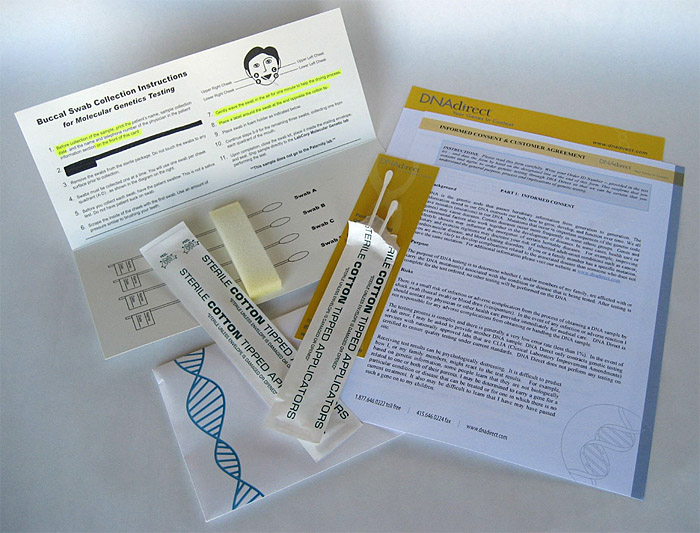 Scientists are questioning the accuracy of at-home DNA testing kits, such as those from popular genetics brands 23andMe and DNA Direct.

These DNA testing kits make it seem incredibly easy for people to find out about their bloodlines, and diagnose specific genetic conditions, Tech Times reports. However, data taken from these do-it-yourself methods comes with risks.

A new study by Ambry Genetics emphasizes how false positives are one of the greatest downfalls of such testing kits. An analogy by Geek states that a person’s genome is similar to a book, where each gene is a different chapter in said book. The DNA sequence is the letters that make up the words in the chapters.

An actual genetics lab reads each word in specific chapters to make sure that there are no large missing or duplicated sections. Genetic testing kits sold directly to consumers, on the other hand, use a method called SNP array that reads only some specific letters, not entire chapters.

Many of these DTC labs also release raw data to the consumer.

According to the company’s research, at-home genetic kits have a 40% false-positive rate, which proves that it is important to have genetic data properly analyzed by legitimate genetics labs before a person takes any further steps.

Tandy-Connor said, “Our results demonstrated a 40% false positive rate highlighting the importance of confirming DTC raw data alterations in a clinical laboratory that is experienced in complex alteration detection and classification, especially prior to making any medical management recommendations.”

At-home genetic tests have become increasingly popular as people have become more invested in their personal health care. These tests promise to give consumers information regarding their ancestry, risks for certain diseases, and traits such as eye color. But these testing kits should not be used as diagnostic tools, the researchers warn, as they might only offer specific risk information for a limited set of conditions.

The study says, “It is our hope that confirmatory testing and appropriate clinical management by all health-care professionals accompany DTC genetic testing for at-risk patients.”