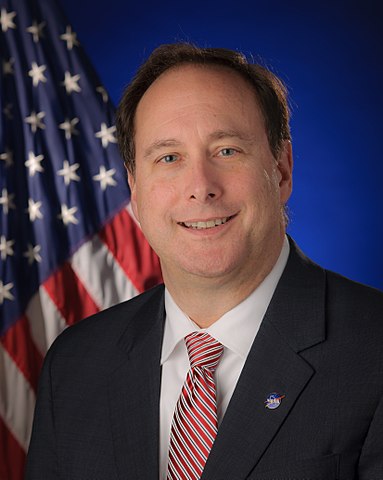 Robert Lightfoot, NASA’s acting administrator who has led the space agency since the beginning of the Trump Administration, has announced that he will be resigning from his post at the end of April.

In a memo to NASA employees, Lightfoot wrote,

It is with bittersweet feelings that I am announcing I will be retiring from the agency on April, 30, 2018. I will work with the White House on a smooth transition to the new administrator.

The rocket propulsion engineer and career civil servant is a veteran of 29 years in the space agency, taking over in January 20, 2017 from Charlie Bolden, who left at the end of the Obama administration, Spaceflight Now reports.

Lightfoot’s leaving follows a period of uncertainty for NASA. President Trump’s nominee to become NASA administrator, Rep. Jim Bridenstine (R-Oklahoma), was advanced for consideration by the Senate Commerce Committee. But the full Senate never voted on Bridenstine’s nomination as the new head of NASA.

The White House re-submitted the nomination in January, but the Senate still has to vote on his confirmation, yet again. Reports say that the Senate has not yet voted because Bridenstine lacks the necessary support, according to Space News. All 49 Democrats are expected to vote against the appointment, including Sen. Marco Rubio (R-Florida).

With the nomination held up, Lightfoot has been acting administrator for 14 months now – longer than anyone else in NASA’s history.

Lightfoot entered NASA in 1989 at the Marshall Space Flight Center in Huntsville, Alabama, as an engineer and program manager on the space shuttle main engine and the RD-180 engine test campaign for the Atlas 5 rocket. In 2002, he was appointed director of the propulsion test directorate at NASA’s Stennis Space Center in Mississippi. He then served as assistant associate administrator for the space shuttle program at NASA Headquarters from 2003 to 2005.

“I cannot express enough my gratitude to the entire NASA team for the support during my career and especially the last 14 months as your acting administrator,” Lightfoot said. “The grit and determination you all demonstrate every day in achieving our missions of discovery and exploration are simply awe inspiring. I leave NASA blessed with a career full of memories of stunning missions, cherished friendships, and an incredible hope for what is yet to come.”