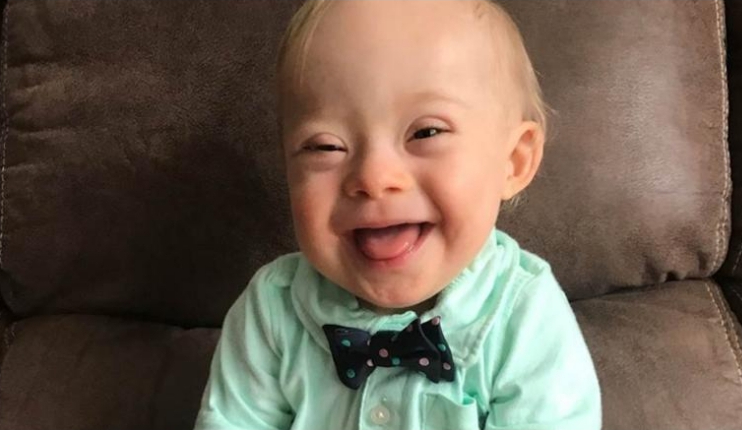 American baby food-maker Gerber has made international headlines by naming an 18-month-old baby with Down syndrome as its “spokesbaby” for this year, hailing enthusiastic praise from advocates of the genetic condition.

Every year, we choose the baby who best exemplifies Gerber’s longstanding heritage of recognising that every baby is a Gerber baby and, this year, Lucas is the perfect fit.

The company has conducted the photo contest since 2010, though parents have been sending Gerber photos of their infants throughout the 90 years it has been in operation, the Straits Times reports. Gerber was acquired by Swiss food and beverage giant Nestle in 2007.

The Warren family will receive $50,000 in prize money from Gerber, and Lucas will have “a front seat” on the company’s social media channels for the year.

Lucas was born with Down syndrome, a genetic disorder that results from abnormal cell division that creates an extra full or partial copy of chromosome 21. This extra chromosome 21 changes how an infant’s body and brain develops, causing mental and physical challenges when the baby is born and as he or she grows up, the Centers for Disease Control and Prevention says.

An estimated one in 700 babies born in the United States each year suffers from Down syndrome.

Cortney Warren, Lucas’ mother, said, “We hope this opportunity sheds light on the special needs community and educates people that, with acceptance and support, individuals with special needs have the potential to change the world.”

In an interview on The Today Shows, she admitted that her “biggest concern always with Lucas was how people were going to treat him.” “I was always afraid he would be bullied or people would be scared of him,” she added.

Lucas appears to taking to his newfound fame without fanfare. Warren said, “I’ve never seen anybody come in contact with Lucas and not smile.”