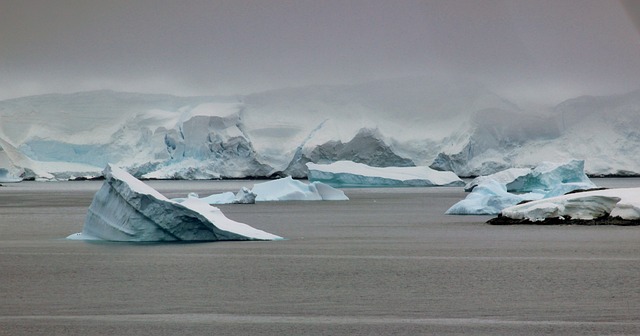 There are hundreds of craters riddling the Arctic Sea floor, some of which measure over a kilometer wide, all of which date back to the end of the Ice Age, researchers working in the Barents Sea discovered.

Around 12,000 years ago, there was a sudden surge of methane from the bottom of the Arctic Ocean, which left numerous craters behind, The Washington Post reports. A slow trickle of the gas continues to eke out of the seafloor until today. And since methane is a highly potent greenhouse gas, the discovery has a significant impact on the world’s already warming conditions.

Methane, a colorless, odorless gas that is produced during decomposition, is 30 times more efficient at trapping heat in the Earth’s atmosphere compared to carbon dioxide. In addition, the same geological processes responsible for the Arctic Ocean craters are still happening in other areas, leading scientists to believe that more methane explosions could speed up human-caused climate change.

The ice sheets during the last Ice Age kept tremendous amounts of methane stable due to cold temperatures and high pressure. When the planet began warming, the ice sheets receded, releasing methane in a series of explosions.

Karin Marie Andreassen, lead author on the study and a researcher at Norway’s Center for Arctic Gas Hydrate, Climate and Environment (CAGE), said,

As the ice sheet rapidly retreated, the hydrates concentrated in mounds, and eventually started to melt, expand and cause over-pressure.

She added, “The principle is the same as in a pressure cooker: If you do not control the release of the pressure, it will continue to build up until there is a disaster in your kitchen. These mounds were over-pressured for thousands of years, and then the lid came off. They just collapsed releasing methane into the water column.”

During a trip to the area, Anreassen’s team recorded over a hundred craters, measuring between 980 to 3,280 feet wide. There were hundreds of smaller craters measuring less than 900 feet wide, and the researchers identified over 600 methane flares happening in and around the craters.

More research is necessary to better understand the nature and power of these methane explosions, and to evaluate their full impact on the environment, Gizmodo reports. The study also says that there is a need to assess the potential hydrocarbon reserves under the ice sheets in Greenland and West Antarctica.

Details of the study were published in the journal Science.