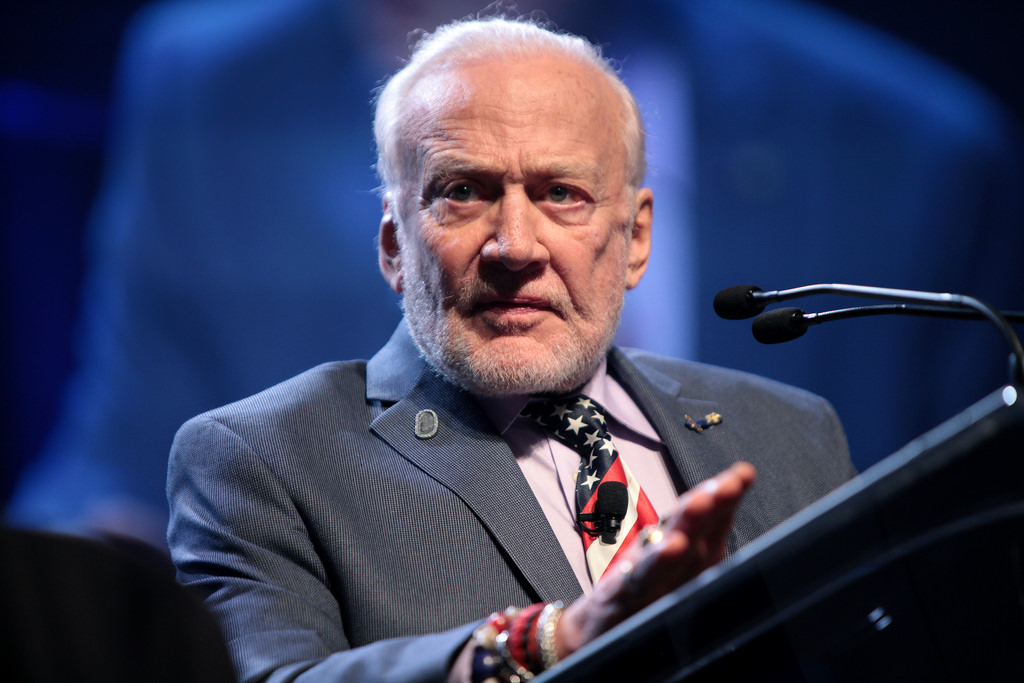 Buzz Aldrin, the astronaut famous for being the second man to set foot on the moon, has narrated a movie that takes viewers through a virtual reality mission to Mars.

The movie, entitled “Cycling Pathways to Mars,” is just 10 minutes long. It features Aldrin as a hologram, narrating the entire experience of how humans can get to the Red Planet, the BBC reports. This plan involves travel breaks on the moons of both Earth and Mars, so people going to and from Mars can use them as pit stops.

A trip to Mars would take around six months each way.

Aldrin is hopeful that the film would encourage world governments to work together to come up with a single Mars occupation plan. He told the BBC regarding the ongoing competitions among nations to see if the planet is survivable,

You can’t afford to do them all. Because it’s using up the budget that we’ve got and we’re going nowhere.

He added that while investment in space exploration from SpaceX CEO Elon Musk is an excellent thing, it’s governments, not companies, that must provide the blueprints for achieving the goal of living on Mars.

Aldrin pointed out that this is because while he thinks Musk is a transportation expert, he is not exactly the most proficient in making sure people survive once on the Red Planet.

The short film, created by 8i in partnership with Time, brings a viewer to the surface of Mars via virtual reality devices. It then shows what a Mars colony might look like, should it happen.

It’s clearly more of a scientific community, but Aldrin said he believed those who reach Mars first would really have to endure harsh environment conditions so that future generations can follow.

Referencing the “New World” voyage in 1620 that formed the foundation of America, Aldrin said, “They weren’t scientists that came over on Mayflower, they were pilgrims. They were moving for different reasons. They toughed it out.”

The film was shown at the SXSW’s virtual cinema. It can also be viewed on HTC’s Vive headset, and is coming soon to the Oculus Rift.