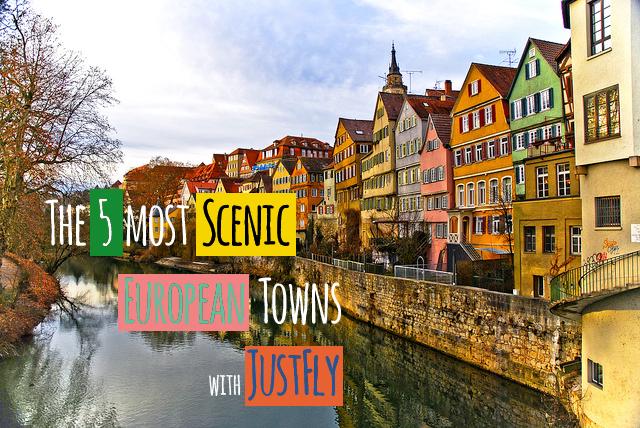 There plenty of great things about big city life. The busy streets, those illuminating street lamps, the rumble and horns of various vehicles, the hasty-busy people–the frustrating yet, somehow, adaptable chaos of the city. There is no doubt that living in the city is something that everyone wants, but there is something seriously mesmerizing about a simple and serene, European small town. You know–those places that resembles something from a storybook? Windswept plains, fascinating old houses, the scenic view of a glistening lake–the art and fusion of nature and manmade structures. It’s just like Magic! The world has a lot of beautiful places that showcases an unusual, vivid, and mesmerizing view, but Europe really tops them all; and it’s a good thing that JustFly is always there to help you get to these places and witness the continent’s beauty. 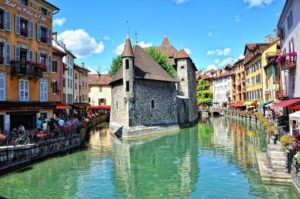 Nicknamed the Pearl of French Alps, Annecy is the largest city of Haute-Savoie in Auvergne-Rhône-Alpes region(Southern France). It is known for its Vieille Ville, with cobbled streets, winding canals and pastel-colored houses. Lake Annecy feeds into the Thiou River which winds through the old city; surrounded by bridges, ancient castles and Baroque cathedrals. Overlooking the city, the medieval: Chateau d’Annecy once home to the Counts of Geneva, contains a museum with regional artifacts such as Alpine furnitures, religious arts and a natural history exhibit. Try and walk around the city’s narrow sidewalks, or relax into one of the city’s cafes while sipping a nice drink as you gazed into the beauty of its glistening lake. 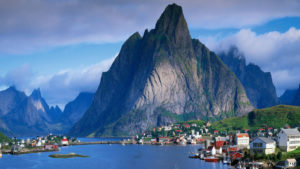 Reine is a fishing village and the administrative centre of the municipality of Moskenes in Nordland County, Norway. Reine is also the french word for The Queen, it could also be a possible transliteration for the Israeli Arab town–Reineh. It is located on the island of Moskenesoya in the Lofoten archipelago, above the arctic circle, southwest of the town of Tromso. The beauty of this small fishing village is even more mesmerizing with the view of the northern lights or commonly known as the Aurora Borealis, which is best to be seen around the city’s night sky, around late August or mid-April. 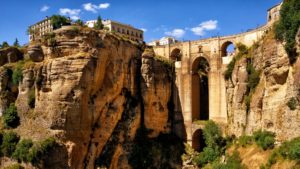 Ronda is mountaintop city in Spain’s Malaga province in Andalusia, that sets dramatically above the deep gorge. This gorge separates the city’s 15th-century new town to its old town, and is connected by the 18th-century stone bridge: Puente Nuevo. Ronda is located about one hundred kilometers, west city of Malaga, within the autonomous region of Andalusia. 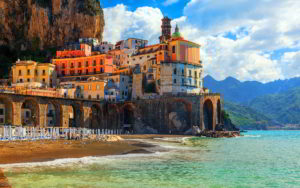 Atrani is a city and comune in the province of Salerno in the Campania region of south-western Italy. The town is located between the Civita Hill and the Aureo Hill. Atrani is a long valley of the river Dragone, named for a legend saying that there once was a terrible dragon, that would breathe fire and would hide himself there. Atrani has been used as a set for film and commercials because of the beauty of its alley, gardens, squares, buildings, characteristic scalinatella and for its serene and peaceful atmosphere. Home to 11th and 12th century churches, charming and dramatic cliffs, Atrani was basically designed for romance. 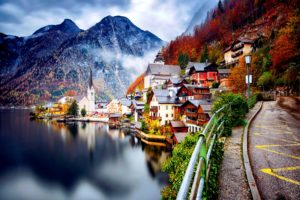 The Austrian town of Hallstatt or popularly known as The world’s oldest Salt Mine, is the most visited and the most photographed places in the country. It’s an idyllic village of pastel-colored houses built along the glimmering Hallstatt lake. With a population of 946 inhabitants, Hallstatt is known for its production of salt, dating back to prehistoric times, and gave its name to the Hallstatt culture, a culture often linked with the: Celtic, Pro-Celtic and the Illyrian peoples in the Early Iron-Age Europe, which dates back around 800-400B.C. Situated on the South-Western shore of the Hallstatt Lake, the town lies in the geographical region of Salzkammergut, on the national road linking Salzburg and Graz.
~~~

With the rapid and continuing development of technology, and the lifestyle we have nowadays, it is really understandable if we are in need of a break from the lights and sounds of the big city. Those tall buildings, rumbling cars, and lively streets; sometimes–we just want some serene ambiance that makes us reconnect with nature and makes us realize the simplicity of life. This five European towns can help you achieve that kind of peace, judging by the environs that these small yet splendid towns has, the best thing to do is to lay-down, watch the sunset, and listen to the beautiful music of the scenario. A hassle-free experience that everyone needs every once in awhile; and speaking of hassle-free experience, you can check the JustFly App, an app that provides flight and hotel bookings and other awesome travel deals that can surely make your vacation, worth it.